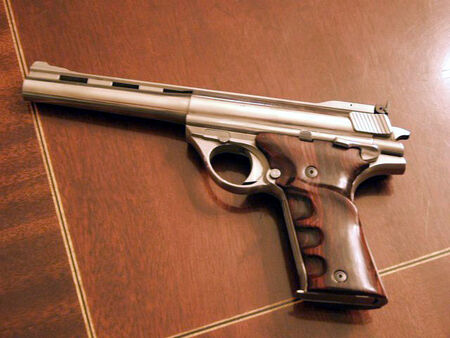 The pistol's reputation and looks have made it popular in cinema and novels and several versions are listed as "Curios and Relics" by the ATF.

Retrieved from "https://vsbattles.fandom.com/wiki/Auto_Mag_Pistol?oldid=5504131"
Community content is available under CC-BY-SA unless otherwise noted.