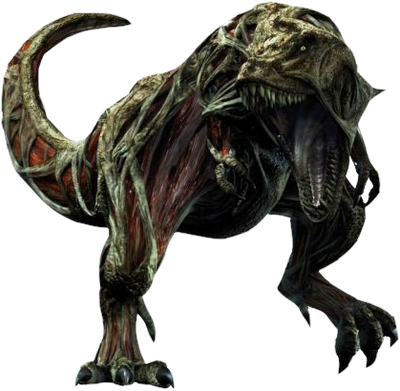 The D-01-10a A failed attempt to create a creature capable of surviving in the vacuum of space. Failure to develop a suitable skin resulted in its exposed musculature. However, its self-healing properties and ferocious disposition make it a formidable foe to any that cross its path.

Attack Potency: At least Small Building level+ (Australis are largest and most durable than the Jet-Black Tyrannosaurus seen throughout the series)

Durability: At least Small Building level+ (It has more resistance than the normal Tyrannosauruses), higher with Forcefields

Retrieved from "https://vsbattles.fandom.com/wiki/Australis?oldid=5812138"
Community content is available under CC-BY-SA unless otherwise noted.