VS Battles Wiki
Register
Don't have an account?
Sign In
Advertisement
in: Tier 9, Tier 9-B, Tier 7,
and 32 more 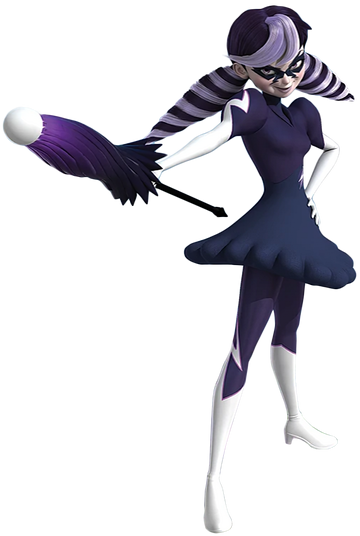 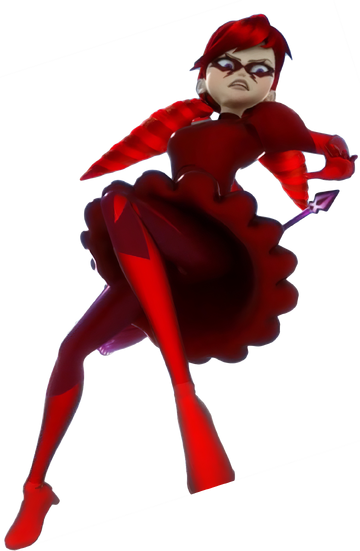 Aurore Beauréal is a student in Ms. Mendeleiev's class at Collège Françoise Dupont and a final contestant for KIDZ+ to become the weather forecaster.

In "Stormy Weather", after losing the KIDZ+ contest to Mireille Caquet, she is akumatized by Hawk Moth and becomes Stormy Weather, a weather-controlling supervillain.

In "Stormy Weather 2", after being bullied by Chloé over her lowered grades and previous Akumatization, she is once again akumatized by Hawk Moth into Stormy Weather, possessing even stronger abilities than before.

Superhuman Physical Characteristics, Immortality (Type 6), True Flight, Weather Manipulation, Air Manipulation, Electricity Manipulation, Ice Manipulation, Heat Manipulation, Can cover herself in a veil of air, Can make things float in air with her winds; Duplication, Paralysis Inducement, Power Bestowal, Possession, Corruption and Mind Manipulation (If her Akuma isn't purified after being defeated, it would start to multiply into many more Akumas and infect different persons, turning them into Stormy Weathers that would remain immobile until Aurore gets Re-Akumatized)

Attack Potency: Wall level (Shouldn't be significantly weaker than Adrien) | Town level (Fought Ladybug and Cat Noir about a year after they fought Stoneheart. Comparable to Gamer). Mountain level+ with Environmental destruction (Froze over France) | Large Town level (Far stronger than before. Comparable to Mr. Pigeon in Miraculous New York). Planet level+ via Environmental Destruction (The volcano that she created caused the Earth to move away from the sun)

Lifting Strength: Average Human | Class G (Should be comparable to Lady WiFi) | Class G physically, Class G up to Class Y with her powers (Moved the Earth out of its orbit)

Stamina: Unknown | Superhuman (Spent an evening causing destruction across a city with little to no sight of exhaustion. Comparable to Vanisher, who spent three consecutive days Akumatized while stalking Chloé). | Superhuman

Range: Standard melee range | Hundreds of kilometers (Her lightning blasts can reach cloud ranges. Covered Paris in a storm and her powers could affect all of France), Planetary overtime

Standard Equipment: Her Parasol | Akumatized Parasol | Same as before

Intelligence: Above Average. Capable of becoming incredibly skilled at the usage of her powers within only two instances of being Akumatized for less than a few hours. Formulated a plot to move the Earth away from the sun using a volcano. As Aurore, she's able to keep as one of the top students of her school while working on her TV career

Weaknesses: Rather hotheaded. If her parasol is destroyed she will lose her powers. If her Akuma is purified after being defeated she won't be able to duplicate.

Stormy Weather can control the weather. She can control air and create strong wind; this also allows her to levitate, fly at high speeds and create hurricanes. She can create ice and freeze air currents, along with forming snowstorms and hailstorms. She can fire purple lightning bolts from her parasol that cause small explosions on impact. Also, she can aim them towards the sky; by doing that, the sky clouds up and, after a few seconds, a massive lightning strikes.

In "Stormy Weather 2", Stormy Weather's powers become expanded to include "all the forces of nature". Consequently, she can create a volcano that generates enough force to move Earth out of its orbit. Ladybug notes during the battle that she's far stronger than she was before.