VS Battles Wiki
Register
Don't have an account?
Sign In
Advertisement
in: Tier 6, Tier High 6-A, Characters,
and 21 more 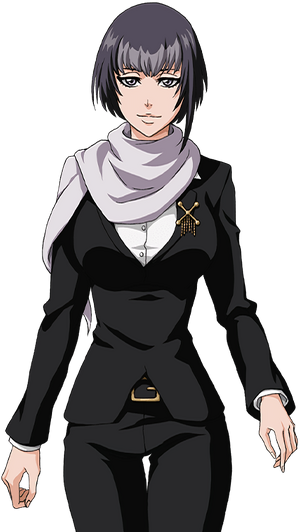 Aura Michibane (道羽根 アウラ, Michibane Aura) the leader of a mysterious religious group in the world of the living known as Xcution. She is a fullbringer.

Age: Unknown, looks to be in her twenties (Was stated that several years had passed when she was 10)

Powers and Abilities: Superhuman Physical Characteristics, Soul Physiology and Fullbringer Physiology (Soul: High-Tier/Fullbringer: High-Tier), Elemental Manipulation, Barrier Creation, Intangibility (By controlling the cells of her own body or the atmosphere itself, Aura can alter her own body and turn into smoke), Enhanced Invisibility (Can make herself invisible even to Shinigami), Limited Resistance to Extrasensory Perception when using Bringer Light (Using Bringer Light makes the user harder to sense)

Attack Potency: Multi-Continent level (Fought against Urahara, her dragons are strong enough to clash against his Hado 99)

Speed: Sub-Relativistic (Kept up with Urahara. Even while on the verge of death she was fast enough to stop Ikomikidomoe from attacking Hikone while everyone else couldn’t)

Lifting Strength: At least Class M (Stopped a gigantic castle that is much larger than a tall skyscraper from falling onto Karakura Town)

Stamina: Very high. Despite having more than half of her reiatsu getting absorbed by Tokinada she was still able to fight back. Had enough strength to stop a gigantic castle that is much larger than a tall skyscraper from falling with barely any reaitsu at all and was on the verge of death

Range: Tens of Kilometres. Her powers can cover Karakura Town

Weaknesses: She holds no emotional attachments to anything which limits her powers as a Fullbringer but due to that her manipulation of souls is far higher than any other Fullbringers