VS Battles Wiki
Register
Don't have an account?
Sign In
Advertisement
in: Tier 6, Tier High 6-A, Characters,
and 75 more 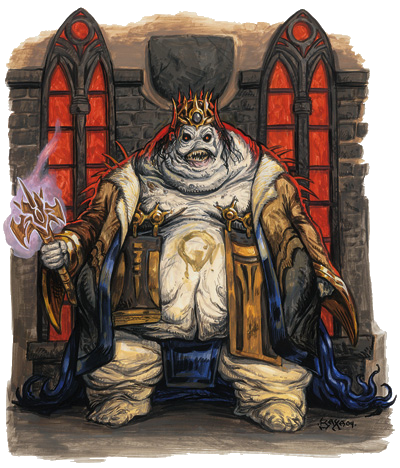 Aumvor the Undying is an ancient and powerful lich, born from the fall of the Netherese civilization. Following the destruction of his culture and home, the lich took to study on immortality, death, and the end of all life, attempting to use this knowledge to overcome restrictions put on magic placed by the goddess Mystra.

It is his ultimate goal to rebuild Netherese society and create an arcane empire, run by himself and others of true Netherese blood, to conquer all and restore the glory of his former culture.

Attack Potency: Multi-Continent level (Maintains access to Epic Level spells of the eleventh, twelfth, and thirteenth levels; spells of the thirteenth level were shown to be able to temporarily wrest control of a Greater Deity from the deity themselves, though the one time this occurred was to disastrous effect; comparable to the likes of the Phaethon and has canonically battled individuals such as Elminster in direct combat)

Lifting Strength: At least Class 1 (Can push about 454 kg), far higher with magic

Durability: Multi-Continent level (Can withstand attacks from beings on his own level)

Stamina: Infinite, undead require no rest and are physically incapable of tiring

Range: Hundreds to thousands of meters with magic

Intelligence: At least Extraordinary Genius (Maintains an intelligence statistic of 31, which is superior to the Elder Brain's 21; Elder Brains maintain all knowledge in their society, which is capable of developing hugely advanced space flight machines and other amazing Spelljammer tech)

Note 1: Unlike most Liches, Aumvor has developed the capacity to split his soul more than the original phylactery requires; making use of a spell known as Aumvor's Fragmented Phylactery, he has been able to create no less than 208 phylacteries, all of which must be destroyed in order to effectively kill him. These items are scattered across Faerun and are rendered resistant to all divination spells to the point that even gods cannot discern their location. They take the shape of 208 bones of his former apprentice.

Note 2: Aumvor is stated to have access to all spells standard in the Player's Handbook, as well as many others that are not elaborated on; as such, they have been ignored for the purposes of this profile. It is understood that he potentially has these abilities, but without further elaboration they cannot be added.