VS Battles Wiki
Register
Don't have an account?
Sign In
in: Fairy Tail, Characters, Male Characters,
and 22 more 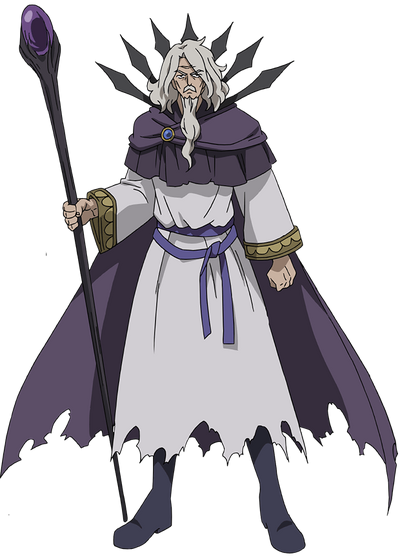 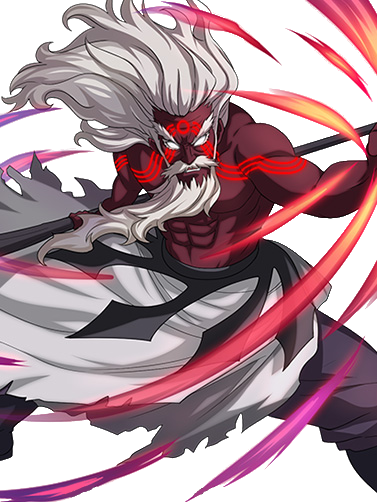 August is part of the Alvarez Empire as the strongest member and General of the Spriggan 12, the protection guard of Emperor Spriggan. He is also the son of Zeref Dragneel, the emperor of Alvarez, and Mavis Vermilion, Fairy Tail's founding master and by extension, the nephew of Natsu Dragneel. His epithets within Alvarez are the "Magic King", due to his mastery of countless magics from all around the world, and the "Disaster" for his superior magical strength.

Powers and Abilities: Superhuman Physical Characteristics, Magic (Should be capable of using nearly every single Non-Holder Type Magic in the verse), Empowerment (His emotions directly translate into magic power and his strength grows more powerful as said emotions get stronger), Extrasensory Perception, Power Mimicry, Forcefield Creation, Sleep Inducement (Via Sleep Magic), Fire Manipulation, Energy Manipulation (Via Bullet Magic), Sound Manipulation, Mind Reading (Via Sound Magic), Time Slowdown (Via Slowing Magic), Spatial Distortion (Via Reflector), Attack Reflection (Via Reflector), Illusion Creation (Via Reflector), Explosion Manipulation (Via Blast Magic), Wind Manipulation, Elemental Manipulation (Should be able to use all of the elemental magics within the entire verse), Transformation, Power Nullification (Has the power to nullify all the magic abilities that he copies), Has countless more magic abilities that he has copied and mastered

Attack Potency: At least Island level (Far stronger than Larcade and the Other Spriggans. Comparable to Human Form Irene. Stated to have a magic power way above Brandish's) | Large Island level (Considered himself to be the greatest member of the Spriggan 12. Stronger than or equal to Dragon Form Irene), Multi-Continent level with Ars-Magia (Was going to destroy Fiore by melting the entire country). Ignores conventional durability with Ars-Magia (The spell vaporizes the blood of living beings in addition to melting the land)

Durability: At least Island level (Far more durable than Larcade and the Other Spriggans. Casually blocked an attack from Base Laxus. Comparable to Human Form Irene) | Large Island level (Comparable to his Attack Power. Took a direct attack from Gildarts's strongest attack without any serious injuries). Reflector can divert all incoming attacks as long as he doesn't use it for offense

Stamina: Extremely large (Showed no signs of exhaustion from any of his battles)

Intelligence: Extraordinary Genius (He has lived a longer life than most people and has gained plenty of wisdom. Has learned and mastered nearly every Non-Holder Type Magic in the world, which are an extremely diverse and vast set of abilities)

Weaknesses: Reflector can't be used for both offense and defense at the same time; it doesn't work directly on humans nor elastic beings/clothes. Slowing Magic has a limited area of effect. Sound Magic renders the user vulnerable to loud sounds. Presumably can't use different types of magic at once. He can't copy Holder Type Magic.

Copy: August is lauded as the "Wizard King" due to this particular kind of Magic, which he can notably use instantaneously; with it, August can copy, master, and then nullify an opponent's Magic after having given it witness. However, he is unable to copy Holder Magic as one cannot use Holder Magic without physically using the required tools. It has been stated that August has learned and mastered every magic from all across the world, making the amount of possible different magics he can use countless.

Ultimate Magic Form: August can assume a form that greatly increases his power. His skin darkens to red and his hair flares upwards wildly, his main hair, beard, and eyebrows more so than his mustache. On his forehead emerges a thick, golden circle, flanked by three thin, gold-colored lines to its left and right, which diverge slightly before going down under his eyebrows to reach his eyes' top edges, and from their bottom go further down to his jawline, over his neck, and diagonally across his pectorals so as to reach his arms, then stretching across the front of both his arms, presumably connecting with the above-mentioned, normally dark-colored tattoo at least on his left arm, becoming gold in color.

Ars Magia: An Ancient Spell August possesses that, with the massive Magic Power he was born with, has the power to destroy an entire country at least the size of Fiore. By using his body as a catalyst, his Magic Power melts and destroys the environment, breaking down any inorganic substance into pieces, while also evaporating the blood inside living beings. This Magic is also potent enough to disable the use of other Magics during its casting; however, if he so chooses, August can cease his casting of the Magic, but his body remains destroyed.

The effects of Ars Magia

Note: While August has not shown usage of every ability in the verse, he should be able to use most, if not all of the Non-Holder Type Magic abilities within the verse and be able to use them at anytime, as it has been stated that he has learned and mastered every magic from all across the world.