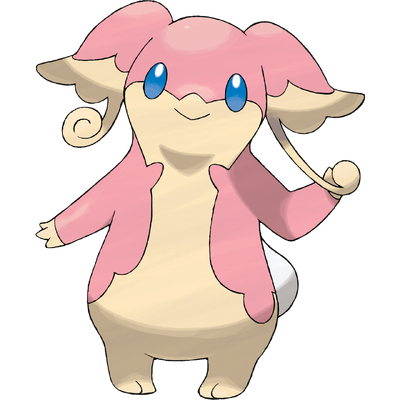 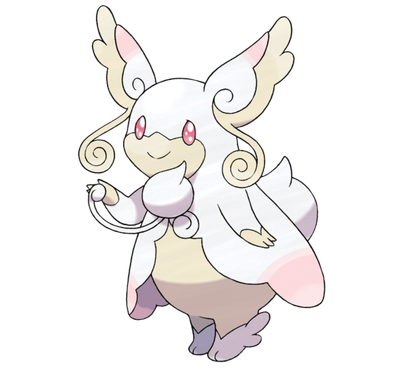 Audino is a Normal-Type Pokémon originating in Pokémon Black and Pokémon White. From Pokémon Omega Ruby and Alpha Sapphire, it gained the ability to mega evolve, turning it into a strong Normal/Fairy type Pokémon.

Powers and Abilities: Superhuman Physical Characteristics, Enhanced Senses (Is stated by the Pokédex to be able to hear a person's heartbeat, and to be able to tell if an egg is going to hatch), Sound Manipulation, (Via Hyper Voice) Empathic Manipulation, (Via Attract), Healing, Power Nullification (Via Simple Beam), Statistics Amplification and Statistics Reduction, Immunity (within reason) to Ghost-Type attacks. | Same as before, plus an Immunity (within reason) to Dragon-Type attacks, Resistance to Bug and Dark-Type attacks.

Attack Potency: Large Town level (Comparable to Grovyle) | Large Mountain level (Stronger than Pure/Huge Power Pokémon and Marowak holding a Thick Club, should be comparable to other Mega-Evolved Pokémon such as Mega Charizard)

Stamina: High, as Pokémon are designed for battle

Intelligence: High, as Pokémon are designed for battle

Weaknesses: Audino must aim Heal Pulse at itself for it to work, and an enemy may be able to intercept it. Simple Beam, as while it does remove the opponent's passive ability, it changes it to one that doubles statistic changes. Fighting-Type attacks as Audino, Poison and Steel-Type attacks as Mega Audino

Notable Attacks/Techniques: A full list of Audino's moves can be found here