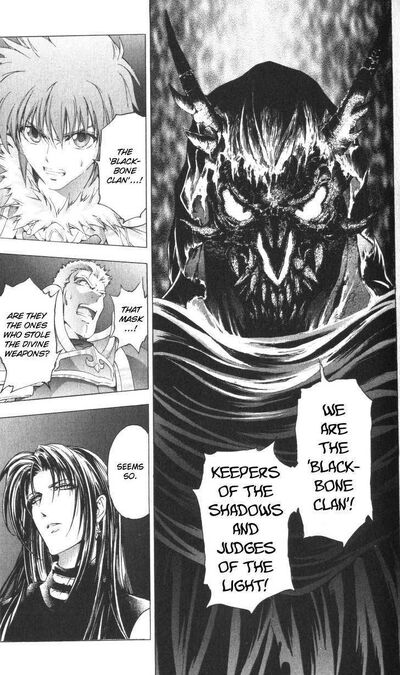 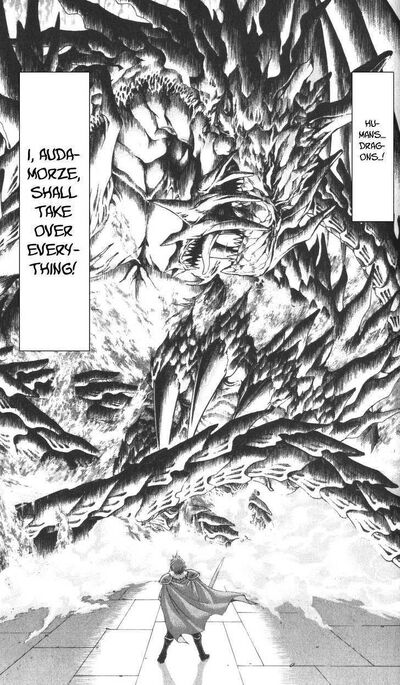 Audamorze, the main antagonist of the manga, Fire Emblem: Champion's Sword, he is the leader of the Blackbone Clan, a clan that had sided with the dragons during The Scouring and were driven into hiding by Hartmut, he sought out the power of the Arch Dragons, and during the course of the story, collected the 8 Divine Weapons, he is the one who unsealed Al and his mother one thousand years after The Scouring, and placed them under the watch of Magough, who learned to care for the mother and child and helped them escape, he then used Magough to unlock Al's Arch Dragon form by having them fight, bringing despair to Al, he then uses the Divine Weapons to absorb this power, but is defeated by Al and the Champion's Sword.

Age: At least 1000 years old (Was alive during The Scouring)

Stamina: Superhuman (Should be superior to other members of the Blackbone clan)

Intelligence: Above Average (Successfully had Al transform into an Arch Dragon and Gathered the Divine Weapons)

Weaknesses: Destroying his mask will kill him | Possibly anti-dragon weapons | None Notable

Key: Base | Arch Dragon | Without A Body

Audamorze without a body.
Add a photo to this gallery