VS Battles Wiki
Register
Don't have an account?
Sign In
Advertisement
in: Characters, Anime Characters, Saint Seiya,
and 32 more 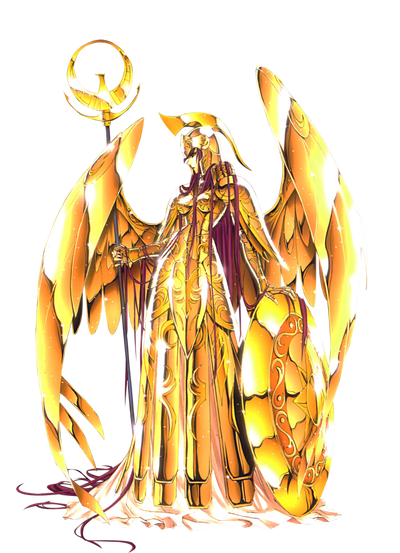 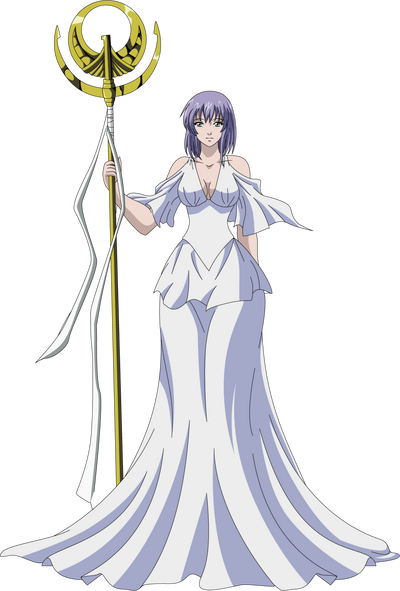 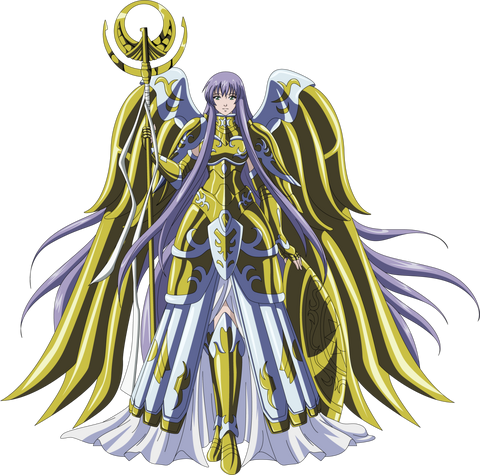 Athena (Greek Attic: Αθηνά), is the Goddess of Wisdom, Cunning, War, Strategy, Civilization, and Hope. She is also the favorite child of Zeus; the king of gods regarded her presence and words as more important and precious than any others. Naturally, this resulted in the birth of many rivalries between Athena and the other Olympians during the Mythological Era.

When Zeus, for unknown reasons, decided to abandon Mankind and the mortal Universe and isolate himself atop the highest Heavens, he chose a successor to become the god who'd rule over men. However, god was neither Hades nor Poseidon, much less any other god of comparable age, but rather the young Athena.

Now, with humanity bestowed upon her, Athena became the Patron Goddess of the Earth and Protector of Mankind and has ever since opposed all those who seek to claim it for themselves and bring the end to it all. She is the Goddess of Hope, fighting alongside her army of Saints in the name of Love and Justice on the Earth.

Superhuman Physical Characteristics, Immortality (Types 1, 3, 4, 6, and 8), Abstract Existence (Type 2), Regeneration (Mid-Godly), Extrasensory Perception (The Gods have extra supernatural senses such as the 6th, 7th, 8th, and 9th sense) and Enhanced Senses (7th, 8th and 9th Sense User), Reality Warping, Matter Manipulation, Soul Manipulation, and Temperature Manipulation (A god has completely mastered the 7th sense and 7th sense users can destroy matter down to a level below Quarks. Causing damage to a Gold Cloth requires a power that can break apart matter that exist below Quarks. The gods have casually destroyed Gold Cloths and their Gold Cloth Armor equivalents, such as Scales and Surplices. 7th sense users can generate a shield made from pure Cosmo around them at the start of battle, and their Armors are also infused with the power of Cosmo. The gods can also control all Atoms in the world with their very will. The gods are vastly superior to Gold Saints such as Capricorn Shura who can cut twenty billion souls at once and Cancer Deathmask (Saint Seiya) whom can destroy twenty billion souls all at once. The power of Ohm could also affect twenty billion souls. These divine beings generate more heat than any Gold Saint whom can reach temperatures of over a million degrees when focusing their attacks), Energy Manipulation, Light Manipulation, Healing, Telepathy, Telekinesis, Teleportation, True Flight, Spatial Manipulation, Time Manipulation, Probability Manipulation), Durability Negation (Through Soul Destruction and Quantum Destruction), Causality Manipulation, Acausality (Capable of ignoring the effects of causality inflicted by the Space-Time Continuum itself), Summoning (can summon her cloth), Regeneration negation up to Mid-Godly, and Immortality negation (of Types: 3; 4; 6; 8, and 9: The Divine weapons were created with the intention to permanently kill gods. For example. Gaia created a weapon for the king of the Titans Cronos to slay Uranus. Gaia then proceeded to create weapons for all twelve of the Titans whom all gone to war with the Olympians. They consisted of gods such as Zeus, Hades, and Poseidon. Athena was capable of destroying the true body and soul of Typhon. Hades had various methods to permanently kill Athena as Athena's death was needed to conquer the world of the living. The Sword of Chrysus can kill gods such as Athena, and even Saturn remarked that it could kill an ordinary god. Typhon is a biological weapon created by the union of Gaia and Uranus to end the reign of the Olympians.

Aura, Perception Manipulation, Sense Manipulation, Mind Manipulation, Paralysis Inducement, Life Manipulation, Statistics Reduction and Heat Manipulation (By being in the presence of a God. The six senses are rendered unusable and denied. The Gods radiate a divine aura that causes fear in the surrounding beings and forces them to obey their commands. The power that radiates from the Gods also causes the affected targets to be paralyzed. Their life force then starts to drain, and they then have their strength, speed, and durability reduced by being near a Gods cosmo. Powering up their cosmo causes the heat in the area around them to increase drastically, along with their attacks being imbued with intense heat), Attack Reflection (All attacks that are directed at her become reflected passively, Soul Manipulation (being in the direct light from her Sheild can separate the soul from the body)

Resistance to Mind Manipulation, Soul Manipulation, Matter Manipulation, Illusions, Dream Manipulation, Life Manipulation, Space-Time Manipulation, Existence Erasure, Heat Manipulation (All Cosmo users by powering up their cosmo generates heat around them thus also being in the presence of other Cosmo users, and taking attacks from them) and Electricity Manipulation (Entry level Cosmo users can withstand 10,000 volts. While more experienced Cosmo users can withstand even more than that), Death Manipulation and Law Manipulation (The Underworld kills anyone that is "Alive" when entering into it, but 8th sense users can enter it alive. The 8th sense allows the user to overcome the laws that Hades had created), possibly Regeneration negation up to Mid-Godly, and Immortality negation (Typhon had his true body, and soul permanently destroyed by Athena, but he later returned as his "Divine Will." Gods such as Poseidon, Zeus, and Hades continue to come back despite Athena's ability to permanently destroy the body and soul of Typhon. The Titan King Cronus was able to permanently kill Uranus with a weapon that Gaia created. Later Gaia created more weapons for the Titans that were later used in a war against the Olympians, which were ineffective against them in a war that lasted "10 god years." Athena used The Sword of Chrysus to kill her own self. She was seen later flying out of the Underworld and in later works such as Next Dimension and Assassins. Typhon is a biological weapon created by the union of Gaia and Uranus to end the reign of the Olympians, but he proved to be ineffective in killing)

Attack Potency: Universe level+ (Overpowered Poseidon in Julian's body and Hades in Shun's body. Her power is stronger than any one of the Gold Saints) | Low Multiverse level at the peak of her power (Should be somewhat comparable to Poseidon as she sealed away his divine power, clashed with Hades and killed him with the help of the Divine Cloth Bronze Saints and the Staff of Nike. Anti-Pope Aiolos, who is capable of destroying a universe, still bows to his timeline's Athena, and even the weakest Titan or Olympian is a Universal+ being)

Range: Universal (Her Cosmos surpassed that of Julian Solo, which was encompassing the entirety of the universe) | Low Multiversal

Intelligence: Immense. Athena has lived for thousands, if not millions of years, and fought in many wars against various deities. She is considered an excellent warrior and strategist among Gods, even if her benevolent nature makes her reluctant to fully show it.

Weaknesses: Athena and her mortal vessels can often be very distinct in personality and intelligence. It may take a long time for Athena to fully awaken in her human body.