VS Battles Wiki
Register
Don't have an account?
Sign In
Advertisement
in: Inorganic Beings, Flight Users, Time Users,
and 32 more 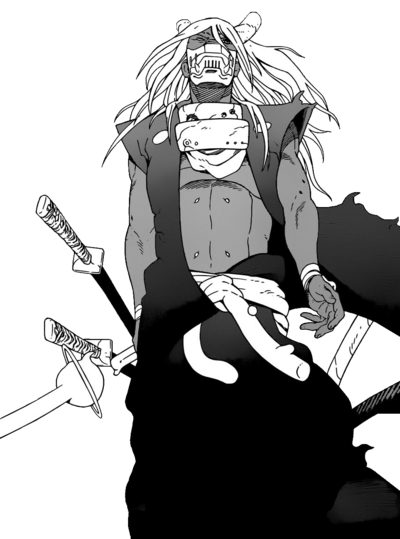 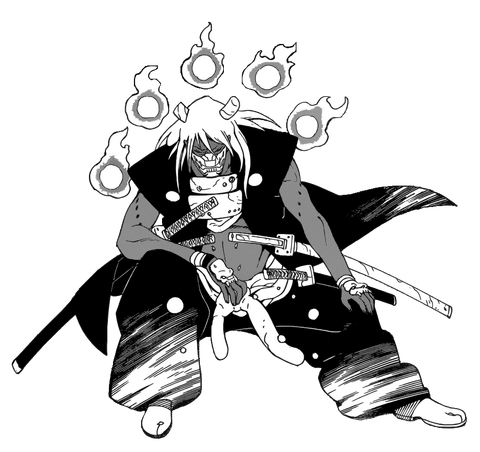 Superhuman Physical Characteristics, Longevity, Inorganic Physiology (Samurai are robots thus do not have a normal body or organs), Limited Matter Manipulation and Body Control (Samurai can manipulate their body or their holder's body's sub-atomic particles to form it into different shapes, tools and devices), Technology Manipulation (Samurai can manipulate and create technology using their body), Gravity Manipulation (Samurai control gravity around them passively and also to do things like regen), Statistics Amplification (With their holder armour and giant holder armour samurai increase their power and durability to the point that they can onehsot their peers), Flight, Limited Time Manipulation with Silent Slash, Regeneration (High-Mid), Immortality (Types 1, 3, 7 and 8 dependent on the God Acala and their courage to continue fighting), Limited Telekinesis (Can telekinetically control his swords), Extrasensory Perception (Can detect and find people's location using a device formed from his body), Self-Sustenance (Type 1), Mind Reading (Samurai are capable of searching people's memories) and Limited Regeneration Negation (With Kongou Yasha Style - Hidden Strike, he can slow down High regen significantly), Durability Negation (With samurai soul sword which cuts at the subatomic level)

Everything in base plus Weather Manipulation (Can create tornados to attack opponents by manipulating the atmosphere), Magnetism Manipulation with Doggy Paddle, Weapon Creation with Dual Packing, can BFR opponents into space, Regeneration Negation (With Soroken, can completely cut off up to High regen), Avatar Creation (Using a samurai soul he can create a clone of himself though it appears to be weaker than his real body), BFR, limited Void Manipulation, Spatial Manipulation, Portal Creation and Dimensional Travel (Via World of Death, Ata cuts space, opening a portal and sends opponents around him into a dimension without h-particles said to be a void), Teleportation (Via Cat beckoning Ata teleports his opponent from a large distance to his location), Hacking, Information Manipulation and Transmutation (Via Kala's soul he is capable of discorporating what ever he touches forcing them to turn into information and leave their body behind as an empty husk)

Resistance to: Cold, Cosmic Radiation (Samurai can survive in the vaccum of space), Power Absorption (Resisted his samurai soul being sucked out), Mind Manipulation (Samurai have a digital consciousness as opposed to a normal mind and are robots), Tolerance to extreme heat (Samurai are capable of withstanding atmospheric reentry) and Immunity to: Soul Manipulation (Samurai do not have traditional souls, are robots and have already died)

Attack Potency: Moon level, likely Planet level (Cut the moon in half with just his normal sword and nearly oneshot Daruma), can negate durability with his samurai soul blade | At least Planet level (Is stated to be capable of destroying planets. He is also capable of destroying planets with a radius of 10,000km with Angular Warheads), possibly Large Planet level (Learnt all the Ususama and Kongou Yasha style techniques meaning his stats had to be extremely high to do so. Angular warheads have been described as akin to the explosions of dying stars), far higher with Ryuki (Battle Mode) and Princess Niri (A princess can make a samurai dozens of times stronger. Can match Yoken (Battle Mode) and Nekomata (Battle Mode) in combat), can negate durability with his samurai soul blade and Kala's black blade

Speed: Massively FTL+ (Rushed between galactic quadrants in a short amount of time while cutting asteroids on the way) | Massively FTL+ (Faster than before), likely far higher with Ryuki (Battle Mode) and Princess Niri.

Stamina: Extremely High, fought an entire squad of Samurai right after rushing between galactic quadrants and destroying meteors, then went after Hachimaru and fought him and Daruma without rest while keeping Hagamichi at bay. Was still able to fight even when severely weakened by Dr. Furuta.

Intelligence: High, was known as an unparalleled student of Daruma's

Weaknesses: Regenerating his entire body can take potentially hours, but regeneration speed varies among Samurai and less damaging injuries can be healed much quicker. 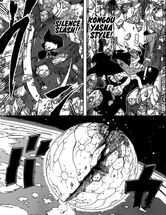 The Slash And The Aftermath 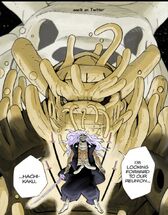 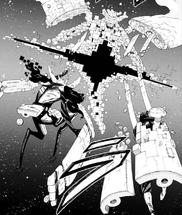 World of Death - The Void 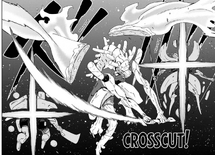