VS Battles Wiki
Register
Don't have an account?
Sign In
in: RAVE, Characters, Male Characters,
and 20 more 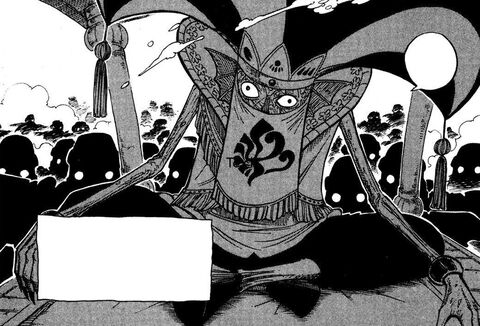 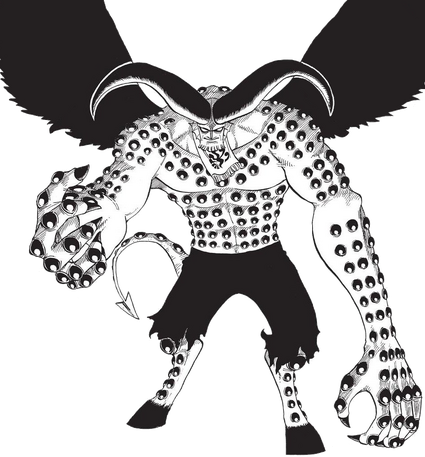 Asura, often referred to as "Asura of Darkness", was one of the four Demon Gods from the Demon World. He and his peers allied themselves with Lucia Raregroove and Demon Card as part of project "Dark Rendezvous". He is a member of the Four Demon Overlords.

Lifting Strength: Class 25 (Comparable to Base Uta), higher with Demon God Form (Stronger than before)

Intelligence: Above average (A skilled combatant)

Weaknesses: The Rave Stones can destroy his Dark Brings with ease.

Dark Brings: Asura harnesses the power of every existing Dark Bring, thus possessing nearly unrivalled levels of offense, defense and utility. He can selectively activate his Dark Brings at any given time, exploiting their effects only when he has use for them, and negating their standard weaknesses in the process (for instance, the Demon God employs All Crush only when he wishes to, he doesn't passively shatter anything coming into contact with him). He also has absolute control over all of his Dark Brings to the point that he is able to utilize them to the extent he wishes. Aside from owning all Dark Brings, Asura has also shown the ability to entrap people into new, specifically generated stones. This process causes the target to shrink, becoming small enough to fit inside the standard form of Dark Brings, as well as to fall unconscious. The Demon God was only shown employing it to kidnap Elie: by pointing his finger at the girl, he caused a layer of a cloth-like substance (dark as a Dark Bring on the outside but light on the inside) to appear and wrap around her, rapidly reducing her size and eventually compressing into the standard, spherical dark gem, the now sleeping Elie imprisoned inside. Asura is the owner of Final Story, which is a Mother Dark Bring that has absolute power over all Dark Brings. He can also choose to destroy any Dark Bring, in case it is being used against him. 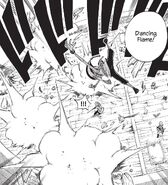 Full Metal and All Crush

Demon God Form: Asura has access to a second form, which he can enter at will. The transformation process causes his skin to darken as his body drastically increases in mass and height, becoming several times larger than his normal, reduced self, and tearing most of his clothing in the process. Asura's most notable trait in this form is the myriad of Dark Brings embedded in tidy rows all over his body (something which, however, makes individual stones possible to target), all taking their basic form of dark spherical gems. While in such state, he is capable of storing people he has entrapped with Dark Bring Fabricator inside his body, swallowing them without causing them any harm. 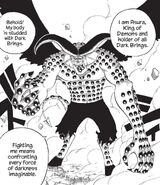