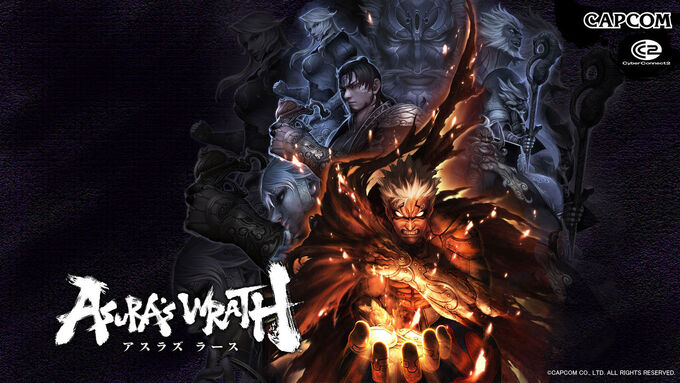 The main character of this verse is Asura, a demigod who was betrayed by their gods and mates: Augus, Yasha, Olga, Sergei, Kalrow, Wyzen and Deus, the head of the eight guardians and the seven deities, and stripped of all his powers. Consumed by anger at the injustice he has suffered and swearing vengeance, Asura discovers he can use this fury to his favor and turn it against his enemies. Asura will face hordes of enemies, including planetary sized bosses, launching devastating and visceral attacks.

Fast forward years into the future in the game (with no apparent change to anything except for Asura being betrayed the and remaining Guardian Generals being renamed as the Seven Deities), the verse ended up with another power boost in the form of Wyzen's Gongen Form, whose form alone is bigger than the size of Gaea itself. Several characters like Asura himself, Yasha, Augus, and Deus are much stronger than Wyzen in this regard as well as the Gohma Vlitra and it's Core form. Simply put, its characters are capable of destroying planets with physical strength alone.

Finally the verse had one more boost. This being in the form of Chakravartin, who is the god that serves as the source of all Mantra in the universe, and Asura himself once more who after having the Mantra Reactor inserted into his being was able to match and defeat said god at his highest shown levels of rage; said god in particular was the strongest the verse had aside from Asura and has various abilities such as pocket dimension manipulation, time stopping, create various energy blasts and constructs, and pulling the entire galaxy towards its center.