VS Battles Wiki
Register
Don't have an account?
Sign In
Advertisement
in: Characters, Female Characters, Manga Characters,
and 19 more 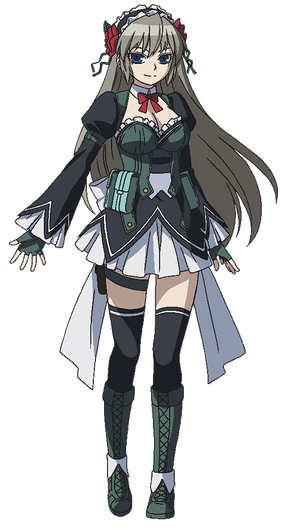 Asuka Otori is the main character of Magical Girl Spec-Ops Asuka. Asuka had wished since she was little to become a magical girl. Her wish came true when she was one of the 11 girls chosen to become magical girls to fight in what would later be called the Distonia War against the invading magical beast from the Spirit World. Holding the codename Rupture, Asuka was the leader of the Magical Five, the 5 surviving magical girls who defeated the king of the magic beasts during the final battle of the war. Now, 3 years after said battle, Asuka has retired from being a magical girl and struggles to live a normal life. However, the rise of magical crime forces Asuka to take the mantle of a magical girl once more.

Attack Potency: At least Building level (Can easily slice through humans and an entire car, can trade blows with a magic weapon that can break her own magic shields, can kill improved Halloween-class monsters, broke through a magical barrier that tanked several bullets capable of piercing Halloween-class magic shields, even weaker magic users can deal with tanks), her knife attacks ignore conventional durability

Durability: Building level (Unharmed by jumping out of a helicopter onto a car, shrugged off being thrown into a wall hard enough to severely crack it, should be able to tank blows from improved Halloween-class monsters and comparable fighters like Kurumi Mugen does, her magic shields can easily block grenades and a burst of bullets from a minigun, able to tank multiple 120mm APFSDS shots before being breached)

Range: Extended melee range, up to a few meters with slashes

Magical Girl: Asuka has become a magical girl by synchronizing her brainwaves with a fairy from the Spirit World, a parallel world to the Human World. Her physical characteristics are boosted to superhuman levels, and she can use magic. She can transform into a magical girl by using a magic item unique to her that turns into her magic weapon once transformed. Asuka's magic item is a karambit knife.