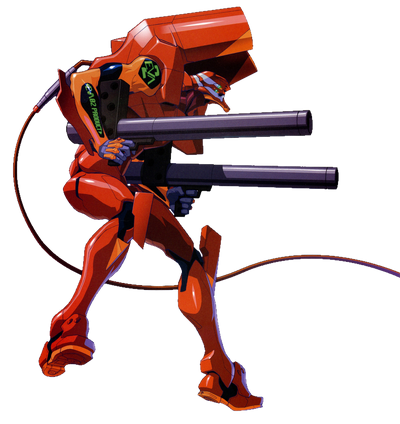 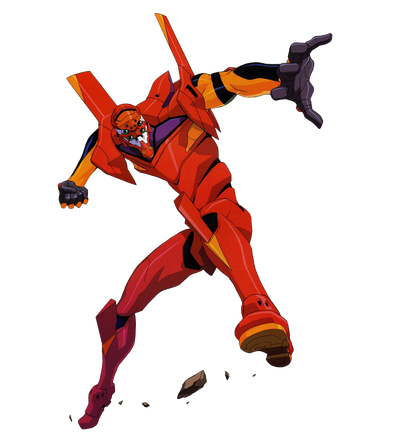 Asuka Langley Sohryu (惣流・アスカ・ラングレー, "Sōryū Asuka Rangurē") is a 14 years old fictional character from the Neon Genesis Evangelion franchise and one of the female main characters. Asuka is designated as the Second Children of the Evangelion Project and pilots the Evangelion Unit-02.

Superhuman Physical Characteristics, Forcefield Creation (A.T. Fields can be used both defensively and offensively, such as in the form of optic blasts), Large Size (Type 1-2), Immortality (Type 1 [The Eva will exist long after humanity is gone, even after 5 billion years when the sun is gone the Eva will still exist, and is called eternal] & 3), Regeneration (Mid-Low; Unit-01 regenerated a broken arm, likely Low-High over time; like an angel, an Evangelion should be able to regenerate from its core alone given enough time), Enhanced Senses, Gamma Ray Photons (with Positron Cannon), Explosion Manipulation, Weapon Mastery, Spike Projection, CQC, Acrobatics, Berserk Mode, Resistance to extreme Heat, Pressure and Magma (with D-Type Equipment)

Attack Potency: Human level | Mountain level (Capable of fighting against Angels that can damage it and briefly matching Unit-01 when under Kaworu's control) | Small Planet level (Scaling from the Spear of Longinus)

Stamina: Average Human | Essentially indefinite when it has its Umbilical Cable connected, has 5 minutes internal battery otherwise and longer with extra batter packs. Much higher in berserk mode as it can run without a power source as it contains a soul

Intelligence: Gifted; Asuka is considered to be a child prodigy and earned a university degree as a teenager[3]. She can quickly plan and formulate battle plans against unknown foes, although weaknesses below often interfere with this.

Weaknesses: Asuka is emotionally unstable, arrogant, and short-tempered. | An Eva pilot feels everything their Evangelion feels when synchronized with the Eva, experiencing the pain of injuries the Eva sustains. It appears that if an Evangelion is severely damaged enough (even if the Entry Plug containing the pilot is not directly damaged itself), the pilot can indeed die from physical shock. And at an abnormally high synchronization ratio, it appears that pilots will really suffer injuries an Eva suffers. Unit-02 can be easily separated from its Umbilical Cord and only has 5 minutes of internal battery (can somewhat be remedied with extra battery packs). Unknown in berserk mode.

Note: This profile covers Asuka in the original series.

Retrieved from "https://vsbattles.fandom.com/wiki/Asuka_Langley_Sohryu?oldid=6965374"
Community content is available under CC-BY-SA unless otherwise noted.