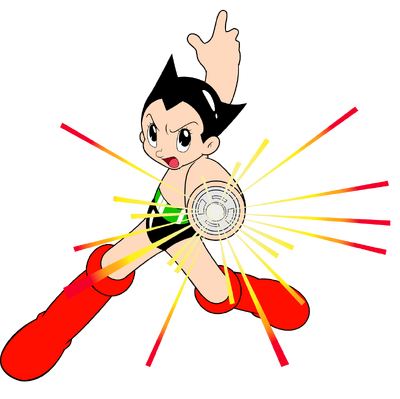 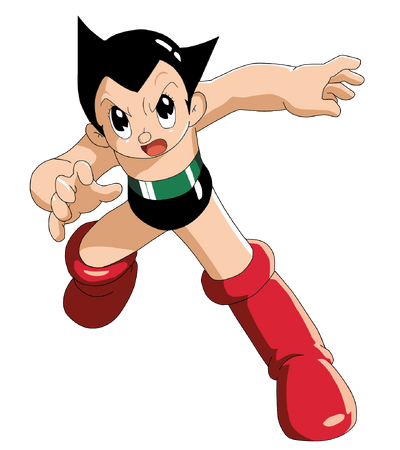 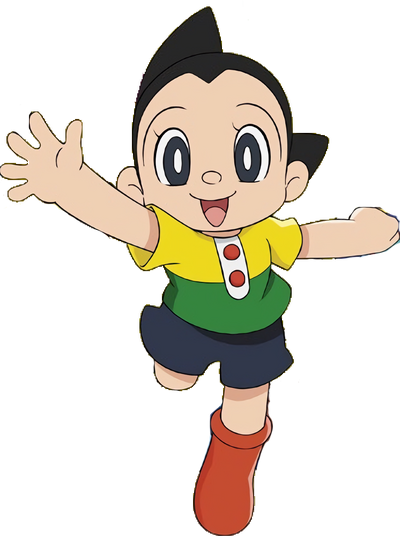 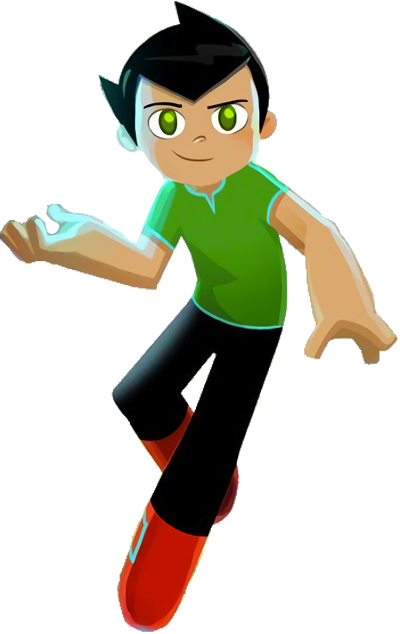 Astro Boy (known as Mighty Atom in the original Japanese release) is the protagonist of the series that bears his name. Born Tobio Tenma, Astro was created by a brilliant roboticist named Dr. Umataro Tenma to replace the original Tobio, who was killed in a car accident caused by the elder Tenma's own parental negligence.

To this end, Tenma equipped Astro with some of the most advanced technology in the world in order to prevent such a tragedy from happening again. Despite being nearly identical to the original Tobio, Tenma ultimately rejected the young robot after he realized that Astro's robotic limitations would prevent him from filling the void in his creator's heart. Later taken in by Dr. Ochanomizu, one of Tenma's former colleagues, Astro uses his incredible powers to fight evil and injustice wherever it springs up.

Classification: Robot, One of the "Seven Strongest Robots in the World"

Attack Potency: Country level (Comparable to beings on Robot Unicorn's level or higher. Defeated a robot who survived the destruction of a small country) | City level (Created a crator larger than mountains. Fought against a robot larger than a town. Destroyed a large portion of a mountain. Hurt the Space Crab, when it was said that Atomic Cannons could not) | Moon level to Small Planet level (Matched swords with Altas, who managed to overpower the Anti-Photon Cannon, which destroyed the moon of Amalthea) | Small City level (His charges and luminosity can yield this much) | Small Country level (Destroyed a satellite causing a large explosion as it fell inside of earth's atmosphere) | Star level (Defeated Garon when it was at full control of its power, a state in which Sharaku claimed could reform entire stars) | Town level to Mountain level (Comparable to the Peacekeeper, who swung skyscrapers like baseball bats and destroyed several buildings in his rampage. Managed to slow the descent of Metro City ) | Multi-City Block level+

Speed: Relativistic+ to FTL (Comparable to Zolomon, "blitzed" the Roboids, much faster than the Robot Unicorn) | FTL+ (Outsped a missile that flew to the sun at several times the speed of light. Comparable to Tommy, who flew into space in seconds. Reacted to the Chip Chip spaceship, which flew to Earth from a distant planet. Should be faster than space rockets, which were said to be capable at flying at speeds near light), possibly higher (Kept up with UFOs that flew to Mars from "the other galaxy") | Relativistic+ (Comparable to Atlas who dodged EM beams, managed to outspeed the Anti-Proton Cannon and fly to Venus at the beginning of the series) | FTL (Flew this fast around the earth for fun) | Hypersonic (Can fly to low earth orbit in short time frames) | FTL (Flew from the sun to earth in a matter of a few minutes) | Hypersonic (Flew to Metro City from a few kilometers away in seconds) | Massively Hypersonic (Flew to outer space in seconds)

Stamina: Limitless, due to being a robot

Intelligence: Extraordinary Genius. Astro can speak over 60 languages and has an unparalleled sense of character. He is able to calculate space and time to time travel to the nearly exact periods he wishes and has defeated several unbelievably ancient and/or skilled warriors, robots and machines in his ages, such as Pluto, Garon, Frankenstein, Sharaku and so on. Likewise, Astro has been shown to be capable of solving incredibly complex mathematics formula in seconds