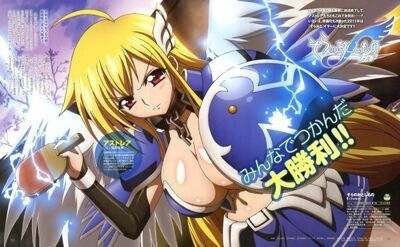 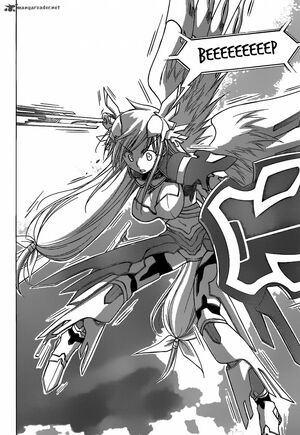 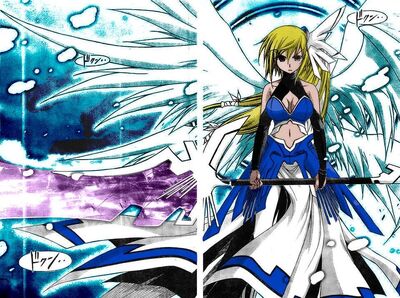 Age: Thousands of years old (she is younger than Ikaros, but the exact number is unknown)

Attack Potency: Country level (She is stronger than Ikaros in base, it was stated that her sword can cut Ikaros's shield, matched Chaos) | Multi-Continent level (Stronger than Pandora Ikaros, matched post-absorption Chaos, who had the cores of 47 melans. The strongest character in the series.)

Speed: At least Massively Hypersonic+ (Kept up with Chaos, faster than Ikaros in combat) | At least FTL (Pandora 1 was flying on photons. Faster than Pandora Ikaros and Post-Absorption Chaos when achieving Pandora 2)

Striking Strength: Country Class | Multi-Continent Class (Destroyed Chaos' shield with a single punch. The shield was stronger than that of Ikaros)

Durability: At least Country level (Her shield is stronger than Ikaros´shield, took attacks from Chaos and Ikaros Melan) | Multi-Continent level (Withstood a beating from Chaos at full power)

Stamina: Extremely High. Angeloids do not need to sleep in order to function properly, and can keep working for thousands of years. Comparable, if not superior to Nymph.

Intelligence: Average, could be higher. It is shown that she has a radar like the fellow angeloids.