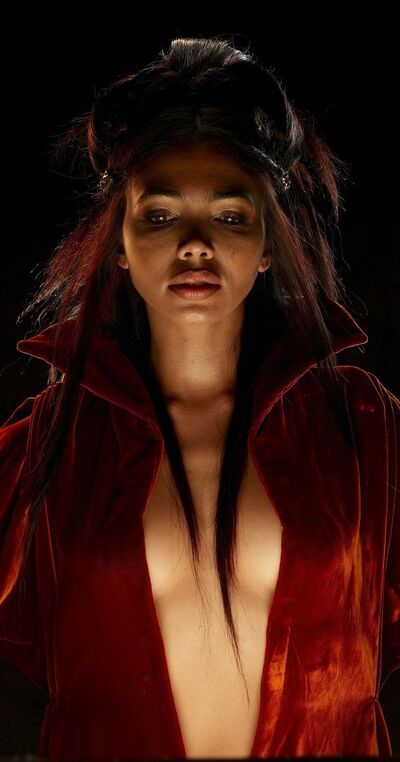 Astarte is the goddess of love and war, she dwells in the Underworld and has in her possession a powerful sword which Mathayus seeks. When Mathayus and his group travels to the underworld to find the sword, they come across Astarte who demands everyone go down on their knees. Astarte attempt to seduce Mathayus to become her consort but is interrupted by one of Mathayus' jealous companions Layla, after trading insults they start battling physically until Astarte uses her magic abilities to levitate Layla above a hole in the ground leading to magma.

Mathayus attempted to appease her and in she in response attempts to seduce him again but he refuses and after getting the sword he and his companions flee the Underworld. Astarte reappears later to give Sargon more power in exchange for a sacrifice, after Mathayus kills Sargon, she appears before Mathayus to reclaim her sword and says that one day she will have him.

Tier: At least 9-B, Unknown

Classification: Goddess of Love and War

Lifting Strength: At least Superhuman physically (Effortlessly lifted Sargon high off the ground by his chin with just her fingers), much higher with telekinesis

Intelligence: Supposedly nigh-omniscient in the Underworld but can be distracted

Retrieved from "https://vsbattles.fandom.com/wiki/Astarte_(The_Mummy)?oldid=4598927"
Community content is available under CC-BY-SA unless otherwise noted.