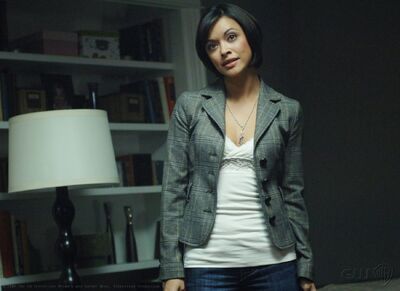 Astaroth was a powerful demon who worked to condemn human souls to Hell by turning them into witches. She turned Renee Van Allen, Elizabeth, and Amanda Burns into witches, which resulted in several deaths, including the entire coven in question. The Winchesters' investigation led them to Astaroth and they ended up killing her.

Durability: At least Wall level in host, Regeneration and her true nature as a non-corporeal being makes her hard to kill

Intelligence: High. A powerful demon with thousands of years of experience.

Retrieved from "https://vsbattles.fandom.com/wiki/Astaroth_(Supernatural)?oldid=5666646"
Community content is available under CC-BY-SA unless otherwise noted.