VS Battles Wiki
Register
Don't have an account?
Sign In
Advertisement
in: Tier 6, Tier 6-C, Tier Low 6-B,
and 27 more 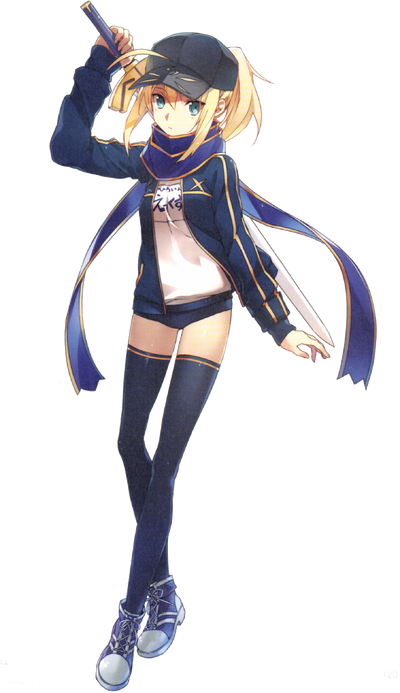 Assassin is an Assassin-class Servant able to be summoned by Ritsuka Fujimaru in the Grand Orders of Fate/Grand Order, first appearing in the Saber Wars event.

Assassin's True Name is Mysterious Heroine X, also known as Heroine X and just X, an unknown heroine who tasked herself in eliminating Saber-class heroines during Back Alley Satsuki - Chapter Heroine Sanctuary. Bearing the code name "A-X", X was a stranger who came from the "mysterious dimension" called the "Servant Universe". Seeking to accomplish her "true, dearest wish" to "defeat all Sabers", she brandished Secretcalibur and left her home town, leaving behind an "expression full of bitterness."

X has revealed to none that her true identity is actually Artoria Pendragon. While she believes that her "perfect disguise" has tricked everyone, it is asked that others keep the fact quiet to keep from spoiling it and also for the sake of X's own honor.

Tier: 6-C. Low 6-B with Secretcalibur

Age: 24 but 14 physically when compared to her mainstream counterpart

Powers and Abilities: Superhuman Physical Characteristics, Enhanced Senses, Servant Physiology, Expert Swordswoman, Precognition (When fighting a Saber, her Instinct rises to match that of her normal counterpart), Breaking the Fourth Wall, Can call in covering fire, Stealth Mastery, Damage Boost (Has an affinity for dealing more damage with foes who would fit under the class of Saber), Light Manipulation and Darkness Manipulation with Secretcalibur, Holy Manipulation, Heat Manipulation (The heat given off by Excalibur is capable of immolating Berserker and melting stone), Can fly to other universes with her spaceship, Animal Manipulation, Vehicular Mastery and Flight (MHX can fly using flying bike and can ride with extreme precision), Fire Manipulation (Capable of emitting flames), Transformation (Can transform into MHZ if she wants), Resurrection (Any servants originate from Servant Universe doesn't permanently die, and instead they respawn in different parts of the universe after an extended period of time), Durability Negation (After MHX's training with MHXA, her swords aren't just EX, it became XEX, an EX Noble Phantasm beyond EX Noble Phantasm, which gave her ability to cut through everything as long as they're made out of matter, cutting even temple body of Astarte Origin which dwarfs countless stars and possibly at the size of galaxy), Resistance to Extreme Cold (Capable of resisting the cold of Anastasia's blue gas giant, which is so cold that even sound and fragrance is frozen), Gravity Manipulation (Capable of somehow surviving near the core of the gas giant, close to the point that it almost can turn spaceships to dust) and Fire Manipulation (MHX can resist MHXA's flames)

Attack Potency: Island level (Is comparable to Saber under Shirou. Over the course of the Saber Wars event, she casually cut down Gilles and has fought against the likes of Artoria Lily, Blackbeard, EMIYA, Nero, Tamamo, Tesla, Kintoki, and Babbage). Small Country level with Secretcalibur (Uses Excalibur and Excalibur Morgan in tandem with each other at point-blank range)

Speed: Massively Hypersonic (Has A+ Rank Agility, the highest rating possible for a Servant). Massively FTL+ Attack Speed with XEX Galactic Meteor Sword (Her sword managed to cut through temple body of Astarte Origin, which is big enough to dwarf countless stars, reaching other side almost instantly)

Stamina: High (Is not an actual Heroic Spirit, but can keep up with them in combat for long periods of time)

Standard Equipment: Her Noble Phantasm, Secretcalibur. Her spaceship, Dun Stallion II, which she uses to travel through space and to the timeline where Fate/Grand Order takes place in.

Intelligence: Despite her class designation, X is just as proficient in swordplay as her mainstream counterpart, being specially equipped to defeat Sabers with two Excaliburs at once. She is pragmatic enough to call in covering fire to stun her foes and launch sneak attacks "fairly and squarely", massacring her targets without question (especially if they're Saberfaces like Nero). However, she seems to lack common sense and believes that her disguise is utterly flawless despite the fact that virtually everyone knows her true identity.

Weaknesses: Completely self-assured and oblivious to the fact that her identity is not actually hidden. The majority of her skills are targeted towards Sabers and other swordsmen, making her less suitable for fighting those who don't wield swords.