Assassin (Hassan of the Cursed Arm) 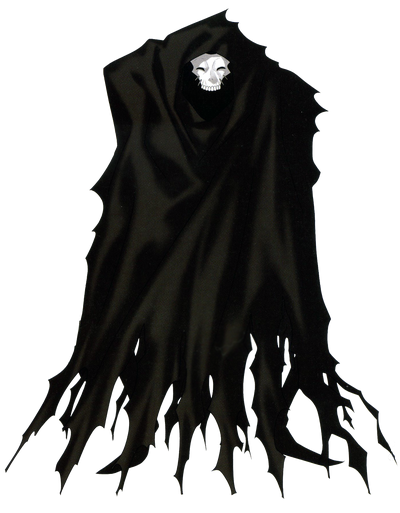 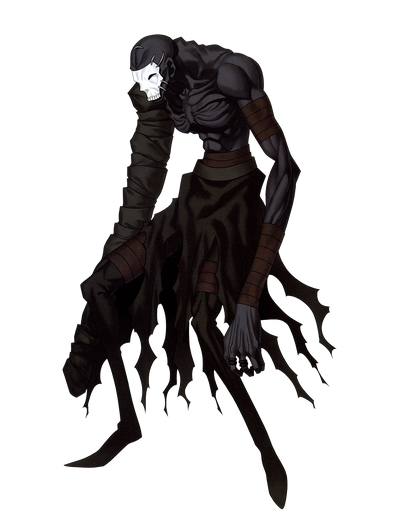 Assassin is the Assassin-class Servant of Zouken Matou, summoned using the flesh of the false Assassin as a catalyst. To differentiate him from this Assassin, he is often referred to as True Assassin, as he is a real assassin and not an irregularity.

His true name is Hassan-i-Sabbah, or, more specifically, Hassan of the Cursed Arm. He was one of the nineteen people to hold the title "Old Man of the Mountain", as the leader of the Hashshashin. His original name was Hanam, but was lost since taking up the mantle and title of Hassan-i-Sabbah and upon becoming a Heroic Spirit Candidate.

Powers and Abilities: Superhuman Physical Characteristics, Enhanced Senses (can hear a pin drop thousands of kilometres away), Expert Knife Thrower, Invisibility and Stealth Mastery with Presence Concealment (Presence Concealment users with B-rank or higher are capable of rendering themselves invisible by erasing their presence, making themselves difficult to detect against Magi and even Servants unless they attack), Absorption (Can eat others and assimilate their flesh into his body, allowing him to gain their memories and intelligence), Possession (As a last ditch effort, Hassan can undo the curse that lets him control his arm, and offer his target as a sacrifice. However, it forces him to give up his Noble Phantasm and Shaytan will likely destroy him as well), Regeneration (High-Low over time; regenerated his arm after Saber cut it off. Low-Mid over time; Servants are able to continue fighting even with a hole through their gut, and can regenerate unless their head/heart are destroyed, or they run out of mana), can negate Air Manipulation, can form a copy of his target's heart and crush it, destroying the real one as well, Self-Destruction (Can release the demon inside his arm, consuming him and his opponent), Servant Physiology, Resistance to Curse Manipulation (His nature as an evil Servant allows him to resist and handle All the World's Evil)

Attack Potency: Island level (While he is not suited to direct combat and would lose to most other Servants in a real fight, he has B-rank strength and can still feasibly wound them with his dirks), ignores conventional durability with Zabaniya: Delusional Heartbeat (Forms a copy of the target's heart, which he then crushes, destroying the original as well)

Speed: Massively Hypersonic (Can keep up with Saber and Lancer)

Durability: Island level (Survived being thrown around by Rider. Also can take a hit from Lancer)

Range: Tens of meters with dirks.

Standard Equipment: His dirks (he has over forty).

Intelligence: As one of the nineteen Hassan-i-Sabbah, True Assassin is a master of the art of assassination and all of the techniques it entails, being amazingly acrobatic, stealthy, and pragmatic in a fight. While his direct combat skills are lacking for a Servant, he is nevertheless able to hold his own, using his dirks to judge his opponent's strength, tendencies, and mobility before closing in for the kill with Zabaniya. He is able to throw them with precision even while on the move, allowing him to jump off walls and scale buildings to generate barrages that are virtually impossible to dodge or block. Aware of his limits, he always remains at least seven meters away from an opponent, attempting to tire his foes and weaken them with his knife barrages in order to prepare to use his Noble Phantasm for a guaranteed kill.

Weaknesses: Zabaniya is useless on similarly evil spirits and those they have cursed. Assassin's strategy is consistent and thus predictable. Due to the unusual nature of his summoning, he is originally insect-like in intelligence, but this is remedied after consuming a heart.

Zabaniya: Delusional Heartbeat: True Assassin's Noble Phantasm, the arm of the evil spirit Shayṭān, specialized in curses that kill humans. It takes the place of his right arm, which is wrapped in cloth and thus appears useless. Once he releases his arm, he reveals its true size, and it creates a mirror image of his target's heart with an ether clump. This dual existence resonates with the original, allowing him to destroy it by crushing the one in his hand. Alternatively, he can switch the two existences by touching the target's chest, allowing him to consume their heart and gain their intelligence. It can be resisted by those with sufficient magical energy, or intercepted with quick reflexes, allowing Saber to cut his arm off before he could claim her heart. It is also useless against evil spirits and those they have cursed, as Kirei was able to still live due to no longer having a normal heart after cursed by the Grail and being resistant to Zabaniya's curse as a result.

Presence Concealment: The ability to hide one's presence as a Servant. Assassin's A+ rank proficiency in this skill renders him virtually impossible to detect even in the perceptive eyes of a Servant, as he was able to sneak inside Shirou's home without alerting the Bounded Field set around it and evading Rider's senses for some time while conversing with Shirou and his presence never being found. But when he decides to attack, this skill's effect sharply drops.

Protection from Wind: A charm originating in the Middle East, used for protection against sandstorms and Jinns. By invoking Allah, Assassin is able to instantly dispel the harshest of winds, rendering such attacks useless against him. Assassin's rank in this skill is A, allowing him to nullify even Saber's Invisible Air with ease.

Projectile (Daggers): An expertise in the use of projectile weapons; in this case, daggers. At B rank, Assassin can throw his daggers with a force comparable to that of bullets.

Self-Modification: The ability to merge one's own flesh with body parts of others. The higher the ranking in this skill, the further away one is from being a proper hero. Assassin, a Servant whose physical abilities are lacking compared to those of other Heroic Spirits, uses this skill to make up those shortcomings. With Self-Modification, he is able to consume the victims of Zabaniya: Delusional Heartbeat in order to increase his intelligence and gain his foe's memories. Additionally, this skill was made possible for even True Assassin to gain the arm of the evil spirit Shayṭān as he didn't have any special talent unlike the other Hassan's before and after him, making it up with using said evil spirit that has later ingrained itself as his Noble Phantasm.