VS Battles Wiki
Register
Don't have an account?
Sign In
Advertisement
in: Characters, Nasuverse, Fate,
and 26 more 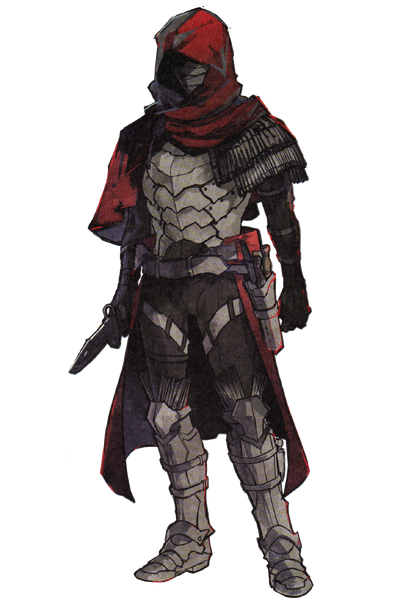 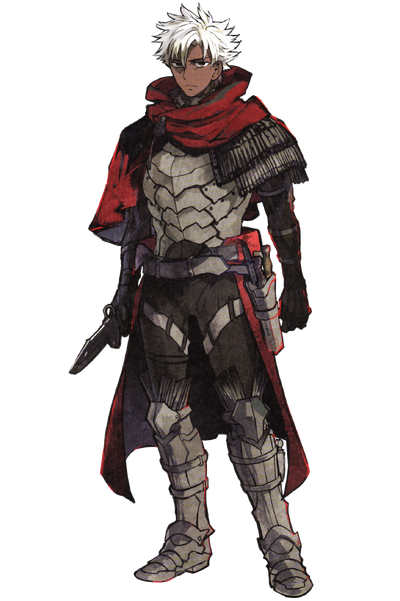 Assassin is one of the Servants able to be summoned by Ritsuka Fujimaru in the Grand Orders of Fate/Grand Order, making his debut in the Fate/Accel Zero event.

His actual name is EMIYA, an assassin who killed for the greater good, incarnated as a Counter Guardian. Unlike his alternate self, he never met and fell in love with Irisviel von Einzbern, and so retained his heart of steel, causing his emotions to wither away eventually. He exists only as a hypothetical Servant in the Grand Orders and is summoned by the World as a Counter Guardian to protect human history.

Powers and Abilities: Superhuman Physical Characteristics, Magecraft, Enhanced Senses, Expert Marksman and knife user, Statistics Amplification (Gains bonuses when fighting maguses), Invisibility and Stealth Mastery with Presence Concealment (Presence Concealment users with B-rank or higher are capable of rendering themselves invisible by erasing their presence, making themselves difficult to detect against Magi and even Servants unless they attack), Time Manipulation (Can speed up or slow down his own time), his Origin Bullets and knives cause necrosis and permanent nerve damage and fry a magi's Magic Circuits, Limited Conceptual Manipulation (Phantasm Punishment is a conceptual armament that attacks with the concepts of "Severing" and "Binding"), Supernatural Luck (Possesses supernatural luck that will save him in impossible situations but at the expense of others), Supernatural Luck, Minor Fate Manipulation (Servants with B-rank Luck or higher can change their fates to evade inevitable outcomes such as having their hearts destroyed by Gáe Bolg. Due to the skill, Affections of The Holy Grail, he gains a boost to his Luck in bad situations) and Servant Physiology

Attack Potency: Island level (Has the same rank parameter as Archer and is strong enough to compete with most Servants), Ignores conventional durability with Phantasm Punishment and Origin Bullets (Against living beings, the attacks cause no visible wound or bleeding, instead causing necrosis and permanent nerve damage on impact, and are even more effective against those using magecraft, or other internal energy systems, causing their magical energy to go out of control and fry their body and Circuits).

Speed: Massively Hypersonic (Has A+ agility, making one of the fastest Servants and be able to keep up with those of similar rank), higher with Chronos Rose (Allows him to blitz virtually any other Servant and makes him effectively peerless in anti-personnel combat).

Range: Standard Melee Range, Tens of Meters to Hundreds of Meters with firearms

Intelligence: EMIYA bears all of the knowledge he obtained during his time as the "Magus Killer" that he did in life. However, unlike his mainstream counterpart, he never met or started a family with Irisviel, allowing him to spend his time further refining his skills and making himself an even deadlier opponent. He is a pragmatist to the core who weighs the lives of the many against the few and will not hesitate to defeat his opponents with various traps and through unsavory means if it means getting favorable results. Also, he can use his Time Alter magecraft far more frequently than before due to his spiritual body, allowing him to blitz his targets before they can react.

Weaknesses: Despite his cold exterior, EMIYA still cares deeply for the innocent and will not conduct any actions that would harm the majority. He is reluctant to accept help from others and has terrible luck when Affections of the Holy Grail isn't taking effect.

Chronos Rose: Pick Ye Rosebuds While Ye May: EMIYA's main Noble Phantasm, born from his unique Innate Time Control, which he applied on himself as opposed to on the world around him. It has been improved drastically to be used in combat, sublimated into a Noble Phantasm. He can use it as he did in life, chanting "Time Alter," followed by the degree of speed he wants to use. He can accelerate his own time to become drastically faster, making him effectively unmatched in anti-personnel combat and allowing him to land a series of consecutive attacks on his opponents, or he can slow it. This slows his metabolism down so much that his body temperature drops to near room temperature, and his breathing and heartbeat become so slow that they cannot be detected. In life, this caused grave harm to his body due to the "incorrect" time pushing his body to his limits, but he can use it much more comfortable as a Servant due to possessing a spiritual body.

Phantasm Punishment: Mystery Bisection: EMIYA's dual Origins of Severing and Binding, sublimated into a Noble Phantasm in the form of the knives he used for hand-to-hand combat in life. He can also presumably apply the effects with the Thompson Contender. After releasing its True Name, Phantasm Punishment causes his attacks to actualize his Origins within his target to cripple them. They don't leave physical wounds, but the affected body part is lost to necrosis, causing permanent nerve damage that remains even if the wound heals on the surface. It is even more effective against magi, affecting them even if they block with barriers by traveling through to the source of their magical energy - their Magic Circuits. "Severing" causes the target's magical power to ignore their pathways, violently flowing through their body and causing severe harm, while "Binding" binds together their Magic Circuits in a useless arrangement, making it impossible to stand anymore, let alone ever use magecraft again.

Independent Action: A skill customarily given to those of the Archer class to remain independent. It exists in the world without the magical energy supplied by a Master, allowing the Servant to act autonomously and the Master to save their magical energy for spells. Usually a skill for the Archer class, EMIYA is granted this skill as he had worked alone and unaided in his lifetime. His A-rank with this allows him to take action without a Master and be able to last for a week without one, though he needs a Master's backup to use his Noble Phantasms effectively.

Presence Concealment: The ability to hide one's presence as a Servant. EMIYA's A+ rank proficiency in this skill renders him virtually impossible to detect even in the presence of other Servants unless he decides to attack, upon which this skill's effect sharply drops. He presumably achieves this at least part with his Innate Time Control, slowing his body's biorhythms by a third of their original value to make him undetectable.

Affections of the Holy Grail: A skill that represents the fact that in another world, EMIYA is deeply loved by the one who becomes the Holy Grail. As a result, he gains a boost to his Luck when he is faced with incredible odds, allowing him to escape situations that would otherwise spell certain death. However, this comes at the expense of the happiness of everyone else around him. EMIYA is not aware of this skill, but he does occasionally hear the whispers of the Grail.

Magecraft: A skill that reflects one's knowledge of modern Magecraft and Thaumaturgy. A magus in life, EMIYA's B-rank is born from the unique applications of his complex Innate Time Control, and due to his notoriety as a "Magus Killer," it grants him bonuses when fighting against Casters.

Scapegoat: The accumulation of knowledge and techniques designed to help the user escape the battlefield in one piece.

Archer (Fate/stay night) Archer's Profile (Base Archer was used. Combatants started 200 meters away from each other)