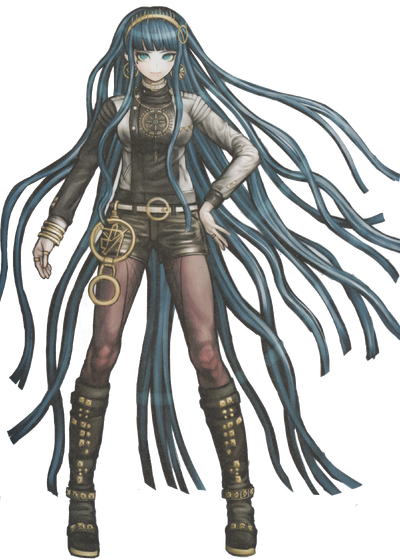 Assassin is an Assassin-class Servant able to be summoned by Ritsuka Fujimaru in the Grand Orders of Fate/Grand Order.

Her true name is Cleopatra VII, a tragic queen and the last of Egypt's pharaohs. While remembered thanks to her beauty, Cleopatra was a great leader who excelled in many fields and raised Egypt up to one of the world's great economic powers.

Powers and Abilities: Superhuman Physical Characteristics, Skilled Martial Artist, can gain new skills with Imperial Privilege, Invisibility and Stealth Mastery with Presence Concealment (Presence Concealment users with B-rank or higher are capable of rendering themselves invisible by erasing their presence, making themselves difficult to detect against Magi and even Servants unless they attack), Summoning and Fire Manipulation with Uraeus Astrape and Servant Physiology

Attack Potency: Island level (She can fight against an average Saber or Lancer in physical combat). Higher with Uraeus Astrape (Summons a serpent that qualifies as a Divine Beast and is an A-rank Anti-Army Noble Phantasm, making it superior to a thrown Gáe Bolg and comparable to Durindana)

Speed: Massively Hypersonic (Has A-rank agility and can keep up with Servants of the Knight classes in close quarters combat)

Lifting Strength: Superhuman (Even the weakest Servants are stronger than the finest humans)

Durability: Island level (Can fight against Servants of the Knight classes in physical combat)

Stamina: High (A Servant can fight for an entire day without tiring and continue fighting for as long as they have a steady source of mana.)

Intelligence: Though she may appear to be arrogant and condescending, Cleopatra is a cunning, hard-working and prudent queen who was a great leader of Egypt during her time, causing it to become one of the world's great powers through her economic skills. Now, as a Servant, she has gained martial skill sufficient to fight against members of the Knight classes in close quarters combat thanks to the Imperial Privilege skill.

Weaknesses: Cleopatra cannot fight in spirit form and cannot control Uraeus Astrape, which can harm even herself. Uraeus Astrape is less effective on the divine, becoming weaker and weaker the more divine they are. As her Imperial Privilege is focused on enhancing her combat abilities, she cannot use the full extent of its power without dropping these skills.

Uraeus Astrape: O', serpent who finishes the time of daybreak, come to me: Cleopatra's Noble Phantasm, which summons a massive golden serpent, a Divine Beast, but not one of the Phantasmal Species, one which embodies the fall of ancient Egypt itself, an era that ended with Cleopatra's suicide. As Cleopatra does not have the Riding skill, she cannot control this serpent, which wreathes itself in flame and indiscriminately destroys its surroundings, which can injure Cleopatra herself. Born from Cleopatra's dying regrets, it takes the form of Uraeus, a symbol of the Divinity of the Pharaohs, and as a result, it deals less damage to those with the Divinity skill.

Presence Concealment: The ability to hide one's presence as a Servant. With a B-rank, Cleopatra's Presence Concealment is useful for spying on others and it is possible for her to even erase her presence making it extremely difficult for even Servants to detect her, but the rank drops greatly once she prepares to attack.

Divinity: The measure of one's Divine Spirit aptitude, reflected in high ranks by the user becoming part Divine Spirit. At A-rank, it is even an indicator as one who has reached the Throne of Gods. Additionally, it possesses another effect that allows one to reduce "Anti-Purge defense" in proportion to the rank of their Divinity, allowing them to break through defensive abilities such as Protection of the Faith and Saver's Enlightenment of the Sacred Fig. Compared to the legendary pharaoh Ozymandias, the pharaohs of the Ptolemaic Dynasty had a weaker connection to the gods, but due to her exceptional beauty, Cleopatra was regarded as the incarnation of the goddess Isis, giving her a paltry D-rank.

Golden Rule (Wealth & Body): A unique skill that combines two different kinds of Golden Rule, fitting for Cleopatra, who lived in extravagant splendor and managed a wealthy dynasty, making her a millionaire in the modern era. On top of this, it has granted her a perfect, divine body, which will not change no matter how many calories she consumes though it does not have an effect on her strength parameter unlike that of the normal Natural Body skill.

Imperial Privilege: An ability that allows Cleopatra to gain skills that would normally be impossible for her to possess for a short amount of time. Through royal insistence, Cleopatra is able to greatly increase her combat abilities and martial skill to such a degree that she is capable of fighting against Servants of the Knight classes, but as she has focused her A-rank skill into this department, she cannot use its abilities for much else without dropping her martial skill in the process.

Retrieved from "https://vsbattles.fandom.com/wiki/Assassin_(Cleopatra)?oldid=5721917"
Community content is available under CC-BY-SA unless otherwise noted.