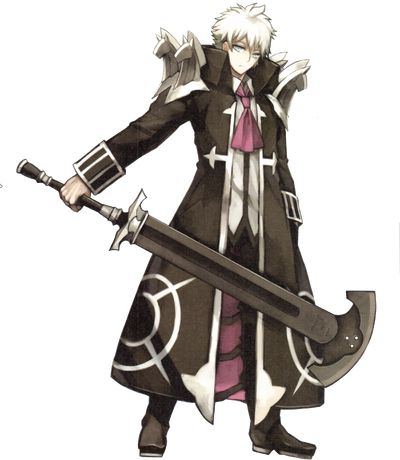 Assassin is the Assassin-class Servant able to be summoned by Ritsuka Fujimaru in the Grand Orders of Fate/Grand Order, first appearing as an antagonist in the Orléans singularity.

His true name is Charles-Henri Sanson, the fourth head of the Sanson family of executioners who had performed executions for generations in Paris, loyally serving the King and Queen but providing medical services to the lower classes. Though he did not enjoy his job, he undertook this duty of executing evildoers without much regret, ultimately claiming the lives of thousands of people during the chaos of the French Revolution, including King Louis XIV himself, though he was only present for the execution of Marie Antoinette.

Powers and Abilities: Superhuman Physical Characteristics, Expert Swordsman, Stealth Mastery with Presence Concealment, Death Manipulation with La Mort Espoir, possibly Mind Manipulation (La Mort Espoir is said to be a mental interference Noble Phantasm), Damage Boost (His Executioner skill grants him bonus damage against evil targets or those he perceived ones actions of as evil), Supernatural Luck, Minor Fate Manipulation (Servants with B-rank Luck or higher can change their own fates to evade inevitable outcomes such as having their hearts destroyed by Gáe Bolg) and Servant Physiology

Attack Potency: Island level (As a combat-ready Servant, he should be comparable to Archer, and he fought against Shielder and Jeanne d'Arc while under the effects of Mad Enhancement). La Mort Espoir ignores conventional durability by inducing death.

Speed: Massively Hypersonic (Can keep up with other Servants, such as Shielder and Jeanne)

Intelligence: Sanson is first and foremost a dedicated executioner. Being the fourth head the Sanson family, he has inherited the role of executioner which has been practiced throughout generations. During his time, his household developed cutting-edge medical technology, cultivated through the executions, and gave them to the needy free-of-charge. As he was developing new execution techniques and medicines, he eventually came to understand human anatomy, creating the guillotine out of humane consideration. As a Servant, this knowledge even allows him to know where to wound someone without killing them while in combat.

La Mort Espoir (Death Hope): Death is Hope For Tomorrow: The Noble Phantasm of Charles-Henri Sanson, the embodiment of the truest tool of execution, the guillotine, which he used to kill thousands in executions in his lifetime. When its true name is invoked, it summons a massive guillotine, the blade of which swings down to induce death on Sanson's target, with its effectiveness varying depending on how vulnerable to mental attacks they are, making it a "Mental-Interference Noble Phantasm". If his target fails this check, the blade swings down and instantly decapitates them in a second, killing them, and it is more effective against other Servants who died in executions.

Presence Concealment: The ability to hide one's presence as a Servant. Sanson's rank in this skill is a lowly D rank as during his life he was not a true assassin but an executioner, making the act of assassination almost impossible for him. Other Servants can easily detect his presence despite his attempts to hide it and disappear from sight.

Executioner: The skill possessed by Servants who executed criminals. As a legendary executioner of the French Revolution who claimed nearly 3,000 victims himself, including King Louis XIV himself, Sanson has an exceptionally high rank of A++, greatly increasing damage against Evil targets or those whose actions he perceives as Evil.

Human Anatomy Study: The knowledge of human anatomy gained through a study of execution techniques, granting Sanson the knowledge of where to best strike at his targets to kill them. He also knows where to nonlethally strike others.

Medical Techniques: Sanson possesses knowledge of medical techniques that far surpass the medical knowledge of his own era. 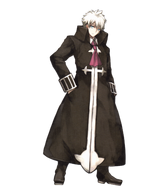 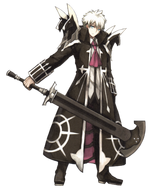