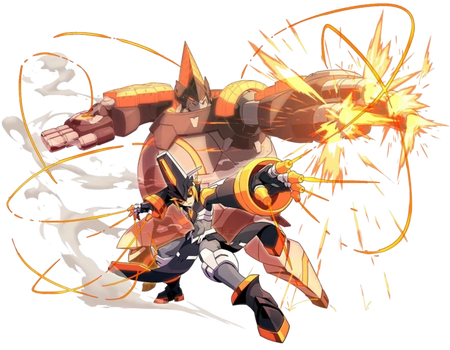 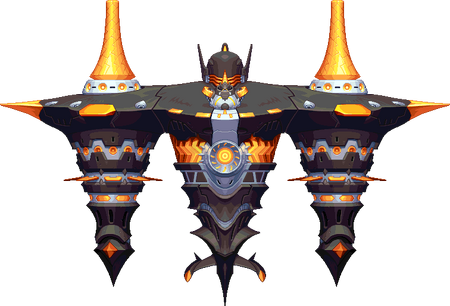 Born in France, Asroc was the eldest of four children raised by his mother. Though a quiet child, Asroc was generally kind. The highlight of his childhood was being able to try his mother's homemade cakes, inspiring him to become a pastry chef. At just twelve, he was made the apprentice of a famed chef. But one day, word spread of his septima and he came home to see his home set ablaze and his family dead. His teacher expelled him, wishing to avoid the entire situation. He heard rumors a regular human burned down the house. This sent him into a spiral of anger and hatred towards humanity, eventually joining Eden.

Powers and Abilities: Superhuman Physical Characteristics, Body Puppetry (Can only control inanimate objects like machines. Is able to even use this ability for a limited time after his death), limited Flight (Can use his septima on himself to an extent. Can also allow machines to do this that otherwise couldn't), limited Precognition (Stated that he could make fortune cookies that can predict the future in Eden's Party). Galette Krone has Superhuman Physical Characteristics, Heat Manipulation (Able to increase it's heat after every attack and release said heat in various ways), Energy Projection, Body Control (Can be disassembled and reassembled without issue), Immunity to Hacking (Can only be controlled by Asroc's septima and cannot function otherwise). Gran Torta has Superhuman Physical Characteristics, Large Size (Type 1), Explosion Manipulation, Fire Manipulation, Energy Projection, and likely all of Galette Krone's abilties

Speed: Sub-Relativistic (Should be comparable to other members of The Seven) | Sub-Relativistic+ (He, Galette Krone and Gran Torta are all able to keep up with Gunvolt and Copen)

Lifting Strength: Unknown by himself. Likely Class 100 with septima (Can lift Gran Torta into the air) Likely Superhuman with Galette Krone and Gran Torta.

Durability: Large Town level by himself and with Galette Krone (Although it was one shot by Astrasphere, the fact that Gunvolt immediately thought to use this speaks of what he believed it's durability to be) | Small City level by himself (Can take several direct hits from Gunvolt and Copen) Higher with machines (No matter how long Gunvolt and/or Copen attack Galette Krone, it keeps getting up. Gran Torta is comparable)

Stamina: Above Average (Should be comparable to other members of Eden). Limitless with Galette Krone and Gran Torta.

Range: Standard Melee Range. Extended Melee Range with Galette Krone and Gran Torta. Several meters with attacks, for higher with septima (Able to effect machines all throughout his stage)

Weaknesses: Arrogant to a fault. Blinded by his hatred of non-adepts. Is a perfectionist, literally screaming at someone and almost attacking them for complementing his cookies because he felt that he didn't put his best effort into them.