VS Battles Wiki
Register
Don't have an account?
Sign In
Advertisement
in: Characters, Movie Characters, Book Characters,
and 29 more 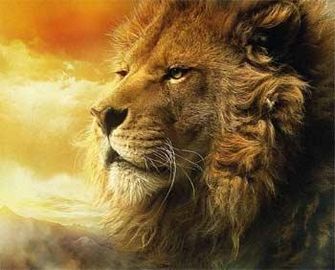 Aslan, also known as The Great Lion, is the creator and one true king of the world of Narnia, and generally a representation of all that is good.

Origin: The Chronicles of Narnia

Classification: Deity, The King of Narnia, The Son of The Emperor Beyond the Sea

Attack Potency: Universe level+ (Created the entire Narnia universe over an unknown period of time by singing and roaring, but it didn't take long)

Striking Strength: At least Wall Class (Killed the White Witch who couldn't be killed by normal means. Should also be no weaker than real world lions)

Durability: Unknown, likely Universe level+ (Survived the destruction of Narnia. Can potentially lower his durability, which can explain how the White Witch was able to kill him)

Range: Multiversal+ (Is present in many universes in many forms, including our own)

Intelligence: Very wise. He is one of the wisest characters in the series, considering that he has lived for over hundreds of years