VS Battles Wiki
Register
Don't have an account?
Sign In
in: Characters, Male Characters, Visual Novel Characters,
and 41 more 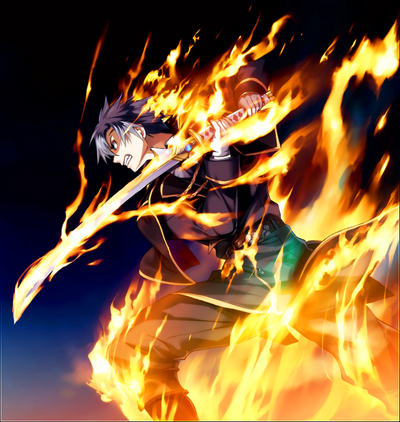 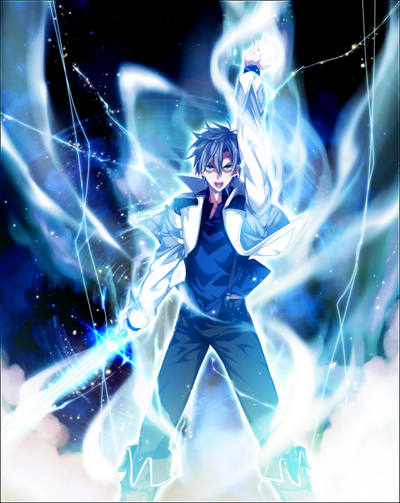 Age: 18 | Tens of thousands of years (Spent this long in a universe he and Helios created and fought in)

Attack Potency: At least Building level, likely higher (Should be as strong as other Esperantos like Gilbert Harves, who is capable of fighting against Fafnir Dainsleif, an artificial planet comparable to the originals who are of this range of power). Can ignore conventional durability in a number of ways | At least Country level, likely higher (Fought and kept up with Helios, but neither were unable to permanently take each other down at first) | Universe level+ (Reached a state of existence superior to that of the three dimensional world in it’s aspects, including that of space-time and causality. Both he and Helios created a small universe together that contained many galaxies in it, with said universe also being superior to the three dimensional world as well. Eventually went on to defeat the latter after fighting in said space for tens of thousands of years straight)

Speed: At least Supersonic (As an Esperanto, he is capable of achieving speeds past the speed of sound) | FTL (Kept up with Helios when he had his True Asterism active, where the latter is capable of bypassing the speed of light itself) | Unknown. At least FTL, likely much higher (Has kept up with and fought Helios, who can strike at speeds faster than light itself, and later fought him in a space they created that was superior to the space-time, distance, and causality of the three-dimensional world, fighting for tens of thousands of years non-stop)

Durability: At least Building level, likely higher (Explosions from grenades, streams of fire, and even the flames of the sun are incapable of harming him when his Asterism is activated. Can take on enemies comparable to him in power). | At least Country level, likely higher (Took many hits from Helios) | Universe level+

Stamina: Superhuman | Limitless (Should be the same as any other Artificial Planets before him, who all possess this kind of stamina) | Limitless (Did not seem to tire even after having fought Helios many times for tens of thousands of years in the universe they created beyond the three dimensional universe)

Weaknesses: Like many Esperantos, prolonged use of his Asterism will cause severe kickbacks on him and will even prevent him from using it for a while | None notable

-Metalnova: Mk-braze Hyperion: The Asterism of Ashley Horizon, representing the light of his star. When activated, it causes Ash to become covered in fire that can reach temperatures in the range of millions of degrees of kelvin in addition to increasing his physical capabilities. The force of this ability is enough that he becomes that of a “sun in the form and size of a human”. Additionally, due to being covered in fire, anything that’s of a “flame” in nature cannot harm him in any conventional way (this can range from grenade explosions, bombs, streams of fire, to even the flames of the sun itself), and can also transfer the fire to his sword and even clothes, they becoming a part of him with his powers. By infusing the flames to his sword, Ashley is able to cut through enemy armor as if it was like oil and, by causing the blade to sparkle like a volcano eruption, turn anything it touches to ashes. Ashley himself can also use the fire physically, being able to grab an enemy soldiers head and blow the fire from his hands and lighting them up like a torch.

Other special properties that are given when this is activated causes a sun to appear and float in the sky, that banishes away any “darkness” in its vicinity. Ashley can also use the fire to project himself at high speeds to gain a short speed burst, and is also capable of increasing his power when having feelings of anger towards his enemy, able to increase his power by five times the original amount. This anger can also increase the flames intensity, enough to burn even the atmosphere around him and generate a pillar of fire that shoots up into the sky. The greatest power of this, however, comes from when Ashley made contact with Rain Persophones. Due to the conflicting nature of their powers, both generated a tremendous amount of energy to the point of causing atomic collapse around them in three-dimensional space, causing a hole to be pierced into said plane of existence.

-Multinova: A unique ability of Ashley’s, made possible due to the Alder Empire having grafted it into his being when he was younger. This ability allows Ashley to temporarily use the powers of other Asterism users by taking their attacks head on. Some notable ones he’s taken include, but not limited to:

-Metalnova: Calling Sphere Bringer: Ashley’s Sphere ability after becoming an Artificial Planet and ascending beyond the three-dimensional plane. This power allows the co-existence, sharing, and even fusion of any and all Asterisms in existence, weather they are “alive” (abilities used by Asterism users in the living) or “dead” (abilities used by those of the dead or are no longer of the living). Through this, Ashley is capable of using two or more Asterisms at hand without any limits or restrictions, while at the same time appeasing all Asterisms. To activate this power, however, required tons of people. This made it having the smallest power among other Sphere abilities like Kagutsushi and Helios, but what it had in exchange was of it’s superiority in diversity and versatility in all Asterisms. Ashely’s power of this Sphere allows him to share it with those who share and support his ideals, becoming as strong as him and getting the ability to use two or more Asterisms among other abilities Ashley himself possess. It is also through this power that beings of the three-dimensional plane can be pulled alongside him in the higher dimension beyond to assist him in battle.

Key: Base | Artificial Planet | In the Higher Dimension