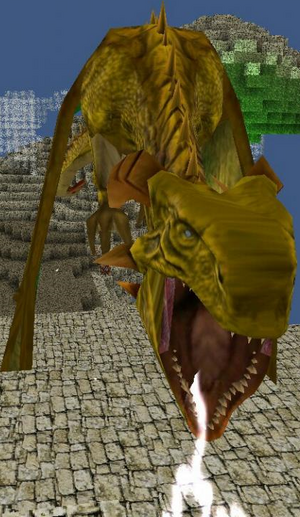 Ashkore is a boss from Block Story.

Attack Potency: At least Multi-City Block level+ (His attack is even higher than a TNT explosion which can generate this much energy)

Speed: At least Massively Hypersonic (Should be somewhat comparable in speed to his own lightning, of which is likely powered by electrite - a material that can be used to create electric generators and forge swords capable of summoning cloud-to-ground lightning at will; can fight on par with the Dragon Rider, who can avoid his lightning)

Weaknesses: If his soul is consumed, he cannot be reborn on his own. However, absorber can place his spawner and Ashkore will be able to revive near him, but the destruction of spawner will not allow Ashkore to reborn again