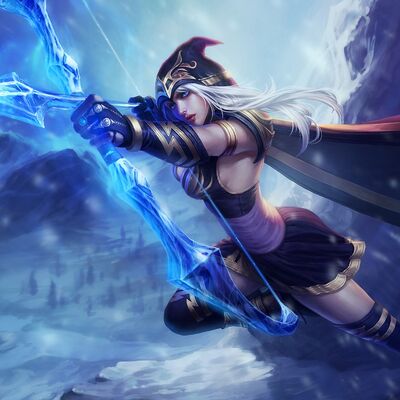 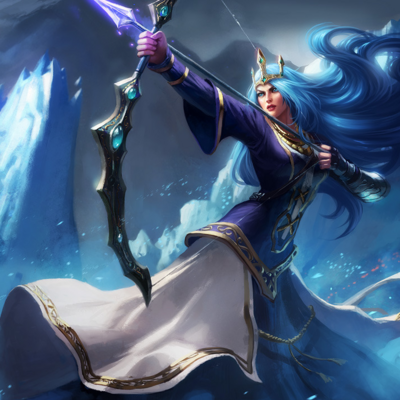 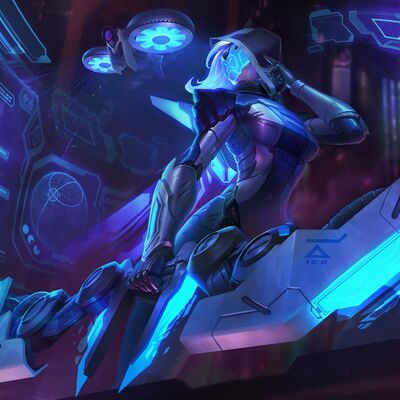 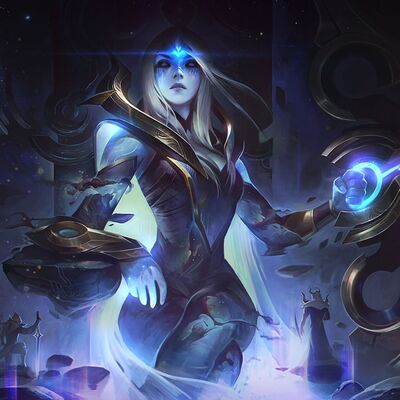 Iceborn warmother of the Avarosan tribe, Ashe commands the most populous horde in the north. Stoic, intelligent, and idealistic, yet uncomfortable with her role as leader, she taps into the ancestral magics of her lineage to wield a bow of True Ice. With her people’s belief that she is the mythological hero Avarosa reincarnated, Ashe hopes to unify the Freljord once more by retaking their ancient, tribal lands.

While on the frontlines of a corporate war, Ashe witnessed the human cost of PROJECT’s ambition. Now the leader of the resistance group G/NETIC, Ashe has set her sights on nothing less than the downfall of the most powerful corporations.

Benevolent ruler of the stars, Ashe fires her arrows across the endless darkness of space, creating new constellations wherever they fall. Her court drifts between galaxies, replenishing all the lights that have faded.

All powers as base plus Cyborgization, Plasma Manipulation, Energy Projection

Attack Potency: Small Town level+ (Fought Sejuani, Comparable to Tryndamere and Gragas) | Town level (Superior to her base form), DE3FRE Plasma Bow ignores conventional durability (Utilizes specialized plasma which cause a de-ionizing effect on whatever it makes contact with) | Multi-Continent level (The collective members of Pentakill fear the power of her, Sejuani, and Lissandra) | Universe level+ (Cosmics are the equal and opposite of the Dark Stars like Karma who is capable of consuming galaxies. Should be comparable to Lux, who is able to destroy galaxies with a thought)

Lifting Strength: Superhuman (Able to lift and fire an ice arrow larger than herself, Can easily carry a reindeer on her shoulders) | Superhuman | Superhuman | At least Galactic (Should be comparable to the Dark Stars)

Intelligence: Fairly High (Was able to unite most of the Freljord in a short period of time. As the Cosmic Queen she has ruled over the Cosmic Court for eons)