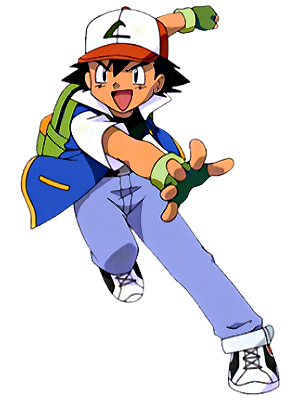 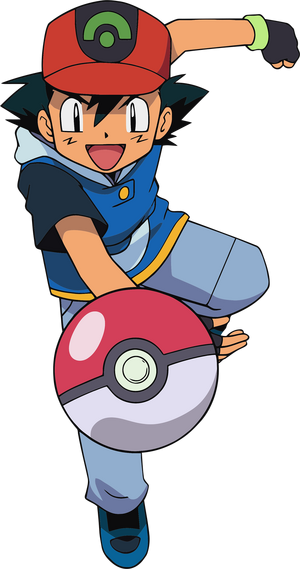 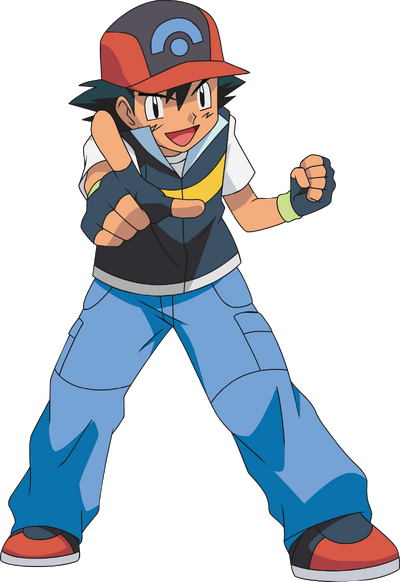 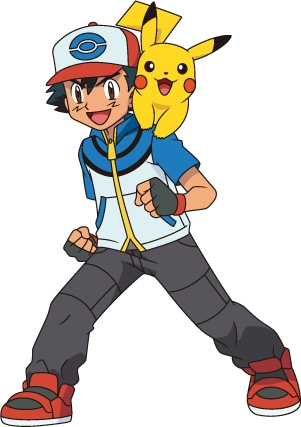 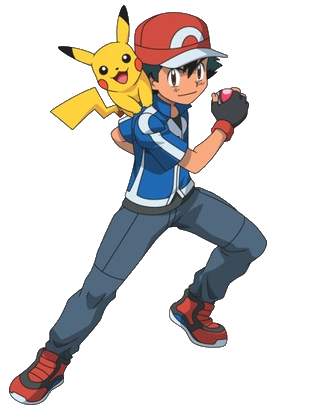 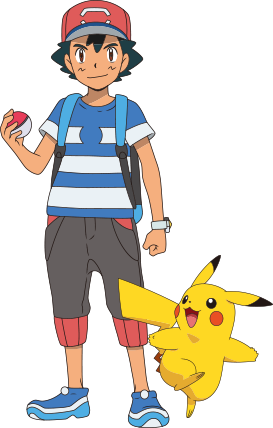 He is a Pokémon Trainer from Pallet Town whose goal is to become a Pokémon Master. He shares his Japanese name with the creator of the Pokémon franchise, Satoshi Tajiri. His English surname is a pun of the English motto, "Gotta catch 'em all!."

Gender: Male | Varies for his Pokémon

Powers and Abilities: Superhuman Physical Characteristics, Sealing (Via Pokéballs), Aura, Extensive knowledge on Pokémon, Resistance to electricity (has survived being electrocuted numerous times) and freezing (survived in a temperature so cold that his tear froze before it hit the ground), Can Dynamax his Pokémon | Varies with the Pokémon

Attack Potency: Wall level (Ran with and tossed a log much larger than himself several meters with ease. Took down steel bars with a tackle) | Large Mountain level (Defeated Gary, Paul and went toe-to-toe against Alain. Towards the end of Advanced Generation, he was able to enter in the Battle Frontier and compete against the Frontier Brains)

Speed: Superhuman (Ran so fast that his speed let him walk up walls) | At least Relativistic+ (Kept up with Gary's and Alain's teams)

Lifting Strength: At least Class 10 (Lifted a Cosmoem, which weighs 999.9 kg, in both hands without any visible effort) | At least Class G (His Snorlax was able to defeat a Machamp)

Striking Strength: Wall Class (Jumped hundreds of feet in the air, climbed up a tree and then used it to impulse himself and make a big jump) | Large Mountain Class (His Snorlax one-shotted Gary's Nidoqueen with Ice Punch and his Charizard traded blows with Gary's Blastoise. Traded blows with Paul's and Alain's teams)

Stamina: Very high (Sprinted from daylight to sunset without stopping and didn't show any signs of exhaustion afterwards) | Very high for his Pokémon (On several occasions, Ash's team managed to keep fighting and even win battles despite fatigue and collateral damage)

Intelligence: Varies. He is usually Above Average but in other situations, he has shown to be a gifted Trainer capable of winning Pokemon Leagues.

Key: By Himself | Pokémon Team (End of a Journey)