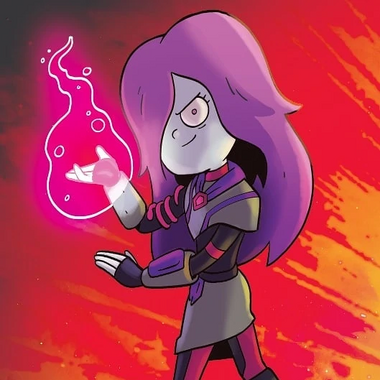 Attack Potency: At least Wall level (restrained Gary, Little Cato and HUE all at once, blasted a hole through a metal wall, destroyed a wooden bridge while younger and having just realized her abilites)

Lifting Strength: Unknown, Superhuman with telekinesis (can lift and move Gary around)

Range: Tens of meters with powers.

Weaknesses: Can only use her powers when feeling strong enough emotions. Bipolar, obsessive and short-tempered.

Retrieved from "https://vsbattles.fandom.com/wiki/Ash_Graven?oldid=5567650"
Community content is available under CC-BY-SA unless otherwise noted.