VS Battles Wiki
Register
Don't have an account?
Sign In
Advertisement
in: Cardfight!! Vanguard, Card Users, Female Characters,
and 22 more 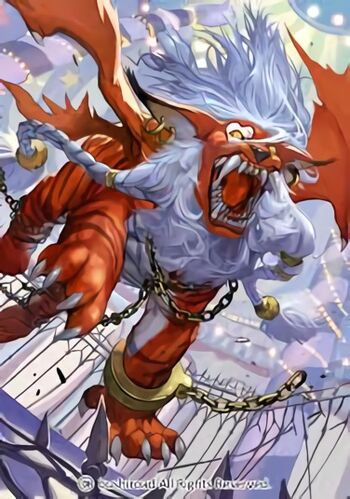 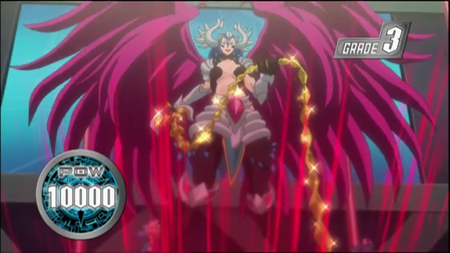 Asaka Narumi is one of the main characters of Cardfight!! Vanguard and wields a deck from the Pale Moon clan. She is also a member of Team Asteroid, consisting of herself, Kyou Yahagi, Tetsu Shinjou, and Ren Suzugamori. Her team was the previous National Champions of Japan before being defeated by Team Q4. Her Avatar Units are Barking Manticore and Mistress Hurricane.

Prior to the beginning of the series, Asaka was an average ordinary cardfighter who was recruited by Ren and Tetsu to join their Asteroid/Foo Fighter Organization, alongside Kyou Yahagi. Tetsu originally believed Asaka wouldn't measure up to Asteroid's standards, especially after losing to Kyou in their demonstration match. However, Ren saw great potential in her and her deck, even going as far as calling it "The Pale Moon Circus" because of how interesting the deck was to him, similar to how a circus acts. Stressing the importance of victory in order to join Team Asteroid, Ren tells Asaka that she can improve and become a strong cardfighter. From that point on to when Team Asteroid becomes National Champions, Asaka has high respect for Ren and was willing to keep winning all of her cardfights in order to stand by his side and do anything for him, even defeat Toshiki Kai for him if it came down to it. Once being defeated by Misaki Tokura however, Asaka witnessed first hand Ren's dark nature from his PSYqualia when he kicks her off of Asteroid for losing. After Aichi defeats Ren and returns him back to who he was before, Asaka happily sees Ren's true colors and assists him in changing Team Asteroid and Foo Fighter into a new and better organization for everyone.

Imagination Manipulation, which also gives Asaka Soul Projection, Summoning, Possession, Fusionism, Mind Control and Transformation (Using the power of imagination, all cardfighters can project their souls onto the surface of Planet Cray during a cardfight; A cardfighters soul is able to not only summon the Units of Planet Cray and have them fight on their behalf as "Rear-Guard" allies, but they can also possess them to become and fight as the Units themselves, becoming "the Vanguard" and both can be done passively via Superior Calls and Superior Rides; All cardfighter's can also summon the Units on Planet Cray for defensive purposes, such as guarding against an opponents attacks), Self-Sustenance (Type 2 with the cardfighter's soul), Can act without a soul residing in her body and Resistance to Existence Erasure (Whenever a cardfighter loses a cardfight, their Vanguard gets completely destroyed entirely to the point where only the cardfighter's soul remains, but the cardfighter's soul remains perfectly unharmed)

All previous Powers and Abilities, plus Superhuman Physical Characteristics, Existence Erasure with every hit (All Units are able to completely erase and leave no traces left of each other during cardfight's with any attack they unleash, retiring them from battle), Non-Physical Interaction (All Units are able to interact, come in contact with and attack souls), Weapon Mastery, Statistics Amplification through various means (All of Asaka's Grade 0 and Grade 1 Units have the ability to give their strength to allies to increase their power; Units with Trigger effects can give an additional boost in power to Units of Asaka's choice during battle, particularly Critical Trigger Units; Asaka's Crimson Beast Tamer increases her power by having a copy of herself in "The Soul"; Asaka's Barking Manticore increases it's power when Crimson Beast Tamer is in "The Soul"; Asaka's Turquoise Beast Tamer increases in power when Crimson Beast Tamer is in "The Soul"; Asaka's Mistress Hurricane increases her power when there are 8 or more Units in "The Soul"), Damage Boost (Critical Trigger Units increase the amount of damage Units can cause to opponents), Statistics Reduction (When summoning Units to defend against attacks, the power of the opponents Units is lowered in comparison to the power of the defending Units)), Healing (Heal Trigger Unit's have the additional effect of healing damage to a cardfighters Vanguard), Stamina Inducement (Stand Trigger Unit's have the additional effect of re-standing Units who previously attacked to attack again), Aura, True Flight, Self-Sustenance (Type 1; All Units are capable of battling deep underwater in Planet Cray's oceans without issues), Energy Manipulation, Fire Manipulation (Asaka's Crimson Beast Tamer uses a whip made of flames), Water Manipulation (Asaka's Spiral Master can control water), Explosion Manipulation (Asaka's Dynamite Juggler controls barrels that explode), Mirror Manipulation (Asaka's Mirror Demon can control mirrors), Phasing and Incorporeality (Asaka's Mirror Demon can phase through mirrors and can convert itself into energy), Summoning, (Asaka's Mistress Hurricane, Midnight Bunny, Nightmare Doll Alice, and Mirror Demon can summon Units from "The Soul" to the Rear-Guard), Attack Negation (Asaka's Hades Hypnotist, a perfect guard Unit, can negate attacks), Soul Manipulation through various means (Asaka has Units that can move other Units into and out of "The Soul", like Skull Juggler, Barking Manticore, Hades Ringmaster, Nightmare Doll Alice and Midnight Bunny, this would also count as Soul Absorption; Asaka's Nightmare Doll, Alice, Midnight Bunny, Mirror Demon and Skyhigh Walker can move themselves into the "The Soul", this would count as Self Soul Manipulation), Nonexistent Physiology (Asaka's Big League Bear uses his soul-charging ability when in the drop zone, where Units go after being erased in battle), Regeneration (Mid-Godly; All Units are able to completely revive themselves after being completely destroyed during cardfights for later use, can be done immediately as well; When a cardfighter loses a cardfight, their Vanguard Unit and the Units within their soul are completely erased with nothing left but the cardfighter's soul and return later) and Resistance to Existence Erasure (Any Unit that is used as a Vanguard can safely withstand hits from other Units without being destroyed)

Speed: At least Peak Human reactions with Massively Hypersonic attack speed (Some Unit's can manipulate lightning) and Massively FTL+ travel with Units (The souls of Cardfighters are far inferior to the Units of Planet Cray, superior to the speed of Ren's Units)

Intelligence: Genius. Asaka is a very skilled tactician and strategist, being able to easily develop strategies and successfully pull off strong combinations and battle formations to make use of her Units skills and abilities to their fullest extent. Battling on Planet Cray reinforces her already great intelligence by being able to possess Units, enter combat as the Units, and lead other Units into battle against other Cardfighters. While she initially started off as an average player, Asaka quickly showed her potential when being recruited into Foo Fighter by defeating and outranking many of it's gathered skilled cardfighters to earn a spot on Team Asteroid alongside Ren. She improves exponentially by the time Team Asteroid becomes National Champions, being able to easily defeat National Champion level cardfighters like Team Casear and Misaki Tokura in their first encounter by easily predicting her strategies and stay steps ahead of her to control their entire battle. The Units Asaka uses are also very skilled tacticians and strategists by participating in numerous battles with Asaka.

Weaknesses: Can be arrogant. Cardfighters have to ride Units in chronological order, they cannot skip a grade when riding, like going from a Grade 0 Unit to a Grade 2 Unit. Cardfighters in most situations cannot summon Rear-Guard Units that exceed the grade of their Vanguard for offensive and defensive purposes. Cardfighter's must sacrifice Units when using them for defensive purposes | None notable

Notable Units: The following is a list of all Units and decks that Asaka has used throughout the course of the series.