VS Battles Wiki
Register
Don't have an account?
Sign In
Advertisement
in: Characters, Dragon Quest, Male Characters,
and 43 more 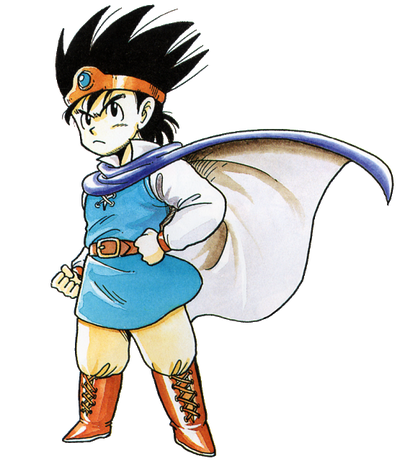 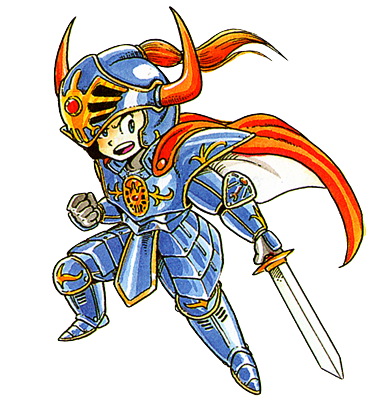 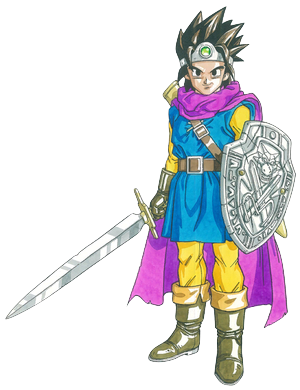 Born during a time when Baramos was terrorizing the entire planet, Arus father went on a quest to kill Baramos before he seemingly died at the hands of a dragon near the volcano of Gaia. Arus was destined to surpass him and defeat Baramos on his sixteenth birthday.

He soon defeated Baramos after a long and treacherous quest, just to find out Baramos was nothing but a pawn of Zoma. Arus traveled through the dark lands of Alefgard and finally defeated him, causing him to become the legendary hero called Erdrick.

Attack Potency: Building level (Can damage monsters the size of buildings) | Unknown. At least Small Town level (Fought Orochi who could destroy a large portion of a town with a single attack) | At least Multi-Continent level by the time he defeats Zoma (Zoma sealed away a large chunk of Torland and petrified Rubiss, he should also be comparable to his descendants who stopped Malroth)

Lifting Strength: Class 25 (Pushed giant boulders away) | At least Class 25 (Much stronger than he was at the start of his journey)

Range: Extended melee range with his sword; dozens of meters with magic.

Standard Equipment: Rubiss Sword, Sword of Kings (Summons tornadoes), Shield of Heroes (Resistance to ice and fire magic), Armor of Radiance (Regains health for each step taken, immunity to dangerous floors such as lava, and resistance to fire and ice magic), Ortega's Helmet (Immunity to status effects), Crest of Loto, Orb of Light (Weakens evil), Sage's Rock (Lets him heal himself with no magic cost), other items, etc.

Weaknesses: Arus has a limited supply of MP with which to cast his spells.

Key: Beginning of his Quest | Mid-Story | End of Story

Arus with all of the legendary equipment on (In toy form)

Arus Equipment in a pile 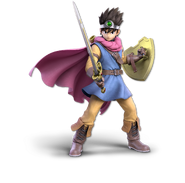 Arus as he appears in Super Smash Brothers Ultimate