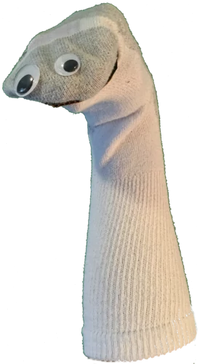 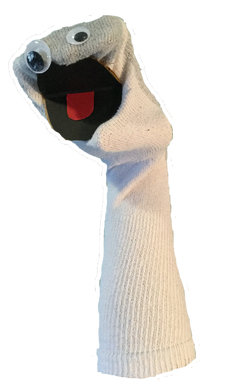 Arts and Crafters is a sockpuppet in Here School. He will wander around the school trying not to be noticed by the player, and is jealous of the player for having more notebooks than him.

Powers and Abilities: Superhuman Speed and Durability, Invisibility (Can become invisible when you get close to him), Teleportation (Can teleport the player and Baldi to the start of the game when angered), Rage Power, BFR, Stealth Mastery (Moves around without the player noticing), Inorganic Physiology (Unknown Type)

Speed: Normal Human, Superhuman when angry (Is faster than Baldi, Gotta Sweep, and 1st Prize when player looks at him in Final Mode, and can travel across the entire school in less than a second)

Durability: Wall level (Can survive being sweeped by Gotta Sweep)

Intelligence: Unknown, probably at least sapient, as it has a sense of jealousy.

Weaknesses: Doesn't do anything if the player does not have 7 notebooks and/or does not look at him, and BSODA can push him back.

Start a Discussion Discussions about Arts and Crafters