VS Battles Wiki
Register
Don't have an account?
Sign In
Advertisement
in: Unknown Tier, Characters, No Game No Life,
and 33 more 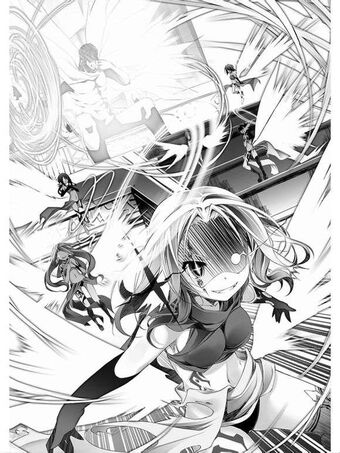 Artosh (戦神アルトシュ, Arutoshu) is the creator of Flügel and considered to be the "God of War". He was the strongest member of Old Deus and died during the events of Great War.

Origin: No Game No Life

Superhuman Physical Characteristics, Shapeshifting (Old Deus can change their appearance at will), Immortality (Type 1, 8, & 9; Gods do not have a lifespan and their existence is dependent on the belief in their concept. As an Old Deus, Artosh shouldn't have a true physical body, his true essence is exist in a higher dimension), Abstract Existence (Type 2; He is the physical embodiment of the concept of war and strength), Avatar Creation, Illusion Creation (Old Deus made an avatar with illusion), Enhanced Senses, Nigh-Omniscience (Knew almost everything), Flight, Magic, Reality Warping, Creation, Life Manipulation, Energy Manipulation, Summoning, Teleportation, Telekinesis, Telepathy (Can read the mind of machines), Forcefield Creation, Empowerment (As the God of War, Artosh derives power from all forms of conflict, aside from one sided slaughter), Precognition (He is fully aware of his eventual death), Statistics Amplification (Can casually increase his "existence"), Law Manipulation (His power is able to bend order and proclaim law, even his existence is already a law with will and that's why he is always stronger than everyone by default just like a rule), Power Mimicry (Old Deus can copy the land and paste it onto the map), Fire Manipulation, Heat Manipulation (The heat from his spear can burn time itself), Vibration Manipulation, Space-Time Manipulation (Can distort space-time, his spear can burn time), Causality Manipulation (Can distort the law of cause-effect), Acausality Negation (Type 3; Can kill a Dragonia, that exists in multiple planes of time), Resistance to Sealing (As an Old Deus, Artosh should be capable of easily break out of pocket space)

All previous plus Higher-Dimensional Existence, Abstract Existence (Type 1; He is the concept of war and strength itself), Incorporeality (Unlike those from ranks up to Seven who have physical bodies, higher ranks are usually energies or concepts instead)

Attack Potency: Unknown (Far superior to all Old Deus. Artosh's power impossible to measure and outside logic. He is the strongest because he is the concept of strongest, which means "The strongest is I, and the weakest is all others", therefore increase and decrease of power is basically meaningless to him. In front of Artosh's concept, your level of power doesn't matter at all) | Unknown (Transcends Holou, who is a 13 dimensional being)

Stamina: Infinite (Fatigue is irrelevant to Old Deus) | Same as before

Range: Unknown, at least Low Multiversal (Old Deus are stated to be able to summon things from other universe) | Likely far higher.

Weaknesses: The biggest weakness of an Old Deus is, if their concept is not as intense they may become weaker, eg : Tet was the weakest Old Deus because no one believed in the concept of games.