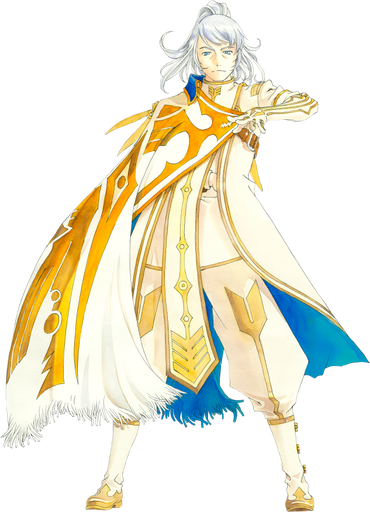 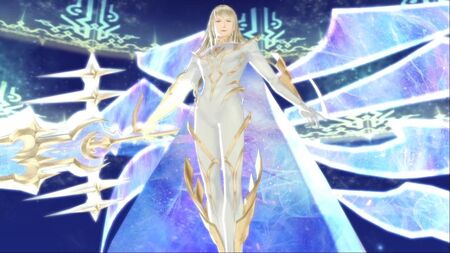 Artorius Collbrande (アルトリウス・コールブランド Arutoriusu Kouruburando) is the main antagonist in Tales of Berseria. He is the leader of the Exorcist's Abbey, revered as Shepherd by much of the populace, three years prior to the events of the game on a night known as the Scarlet Night, he engaged in a ritual, sacrificing Laphicet Crowe to fully awaken Innominat, causing many malakhim to descend and the resonance of mankind to increase greatly. His goal is to use Innominat's power, combined with the power of Armatization, to permanently suppress the free will of all living beings, freeing them from suffering and malevolence.

Attack Potency: Planet level (Can damage the Endgame Berseria party, who can take hits from Innominat) | Planet level (Armatization is stated to amplify the users powers far beyond their normal limits, vastly stronger than both Innominat and his normal self)

Intelligence: Gifted (Expanded the Exorcists from a dozen members to a world spanning religious organization in 3 years, extraordinarily skilled swordsman)

Weaknesses: Obsessed with creating a world without suffering