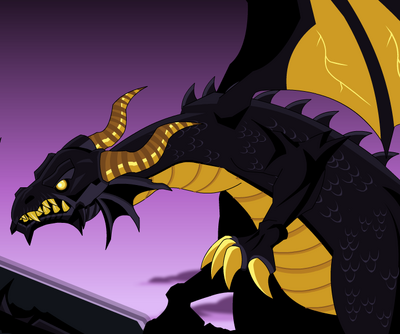 Artix von Krieger is a Paladin who is noted to be hell-bent on eliminating any individual who can be deemed as "undead" due to his "parents" being killed by a horde of undead while he was a child. In truth, while also unbeknownst of him prior to his encounter with Vordred, he is the Champion of Darkness and was sent by the Plane of Darkness to eliminate the Hero and destroy the world but was instead influenced by Lady Celestia and trained to become a paladin. His parents who fostered him were revealed to have been killed because the Plane of Darkness wanted to reclaim him.

Tier: At least 7-C, higher as a Shadow Dragon

Age: As old as Lore

Powers and Abilities: Superhuman Physical Characteristics, Axe Mastery, Magic, Soul Manipulation and Sealing (Can convert souls into spirit orbs and trap them within his battleaxe), Non-Physical Interaction, Extrasensory Perception, Holy Manipulation and Light Manipulation with Spirit Orbs, Explosion Manipulation, Darkness Manipulation, Life Manipulation (Possesses an ability similar to Vordred that allows him to transfer his life-force to his shadow), can gain Elemental Intangibility, Immortality (Type 8. Similarly to Vordred, Artix can transfer his life-force to his shadow and is supposedly unable to die unless both him and his shadow are defeated simultaneously), possibly Acausality (Types 1 and 3. There are numerous versions of Artix throughout the timelines). Minor Resistance to Mind Manipulation (Can perform minor actions on his own will despite being under control. Can grant this resistance to souls that he has freed), Death Manipulation (Was unable to be transformed into an undead by Vordred. Unaffected by the "death" of Death)

Attack Potency: At least Town level  (Comparable to Drakonnan and the DragonFable Book 1 Hero), higher as a Shadow Dragon (Defeated Vordred and his shadow)

Speed: FTL (Equal to the Hero)

Intelligence: Kind of ditzy, but is a skilled Paladin and one of the strongest heroes of Lore. He is well-versed in a wide variety of Paladin techniques and can wield both swords and axes deftly. He is less acquainted with his abilities as the Champion of Darkness due to being ignorant of his status for much of his life but nevertheless, can make effective use of this them.

Retrieved from "https://vsbattles.fandom.com/wiki/Artix?oldid=5385921"
Community content is available under CC-BY-SA unless otherwise noted.