VS Battles Wiki
Register
Don't have an account?
Sign In
Advertisement
in: Characters, Female Characters, Angels,
and 55 more 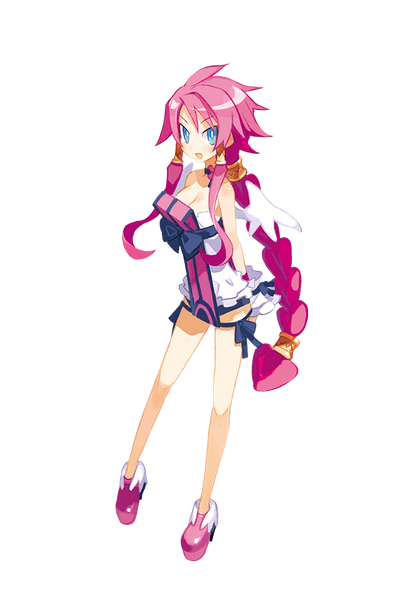 Artina was once a nun that would help, the poor, hungry, and injured even at the cost of her own health. Until her nation went to war. Where she would go out to treat the injured of both sides, but was killed for treating a man named Nemo a Lieutenant Commander of the enemy.

Upon her death She was reincarnated as an angel in Celestia due to her selfless acts, But was found by the Archangel of the time and tasked with stealing money from the netherworlds. Which she gains the title of the Angel of Avarice from her many thefts.

Superhuman Physical Characteristics, Martial Arts, Magic, Flight, Creation, Weapon Mastery, Healing, Invisibility (To anyone who doesn't believe in angels), Purification (Type 3 Can remove the Sleep, Shrink, Charm, Depraved, Curse, forget, paralysis, and poison Status effects), Enhanced Senses, Energy Manipulation, Acausality (Type 1 was unaffected by Fuka, and Desco changing parts of her past), Soul Manipulation, Summoning, Darkness Manipulation, Duplication, Fire Manipulation, Hellfire Manipulation, Ice Manipulation, Air Manipulation, Light Manipulation, Electricity Manipulation, Time Manipulation, Spatial Manipulation, Damage Boost, Statistics Amplification, Statistics Reduction, Status Effect Inducement (In the forms of Poison Manipulation, Sleep Manipulation, Paralysis Inducement, Charm, Forget, Curse Manipulation, and Shrink), Power Nullification (via the shrink effect, can nullify counter attacks, and attacks from the sides and back), Self-Sustenance (Type 1), Immortality (Type 1, and 3), Pocket Reality Manipulation, Size Manipulation (Can shrink enemies in size, and can grow in size after taking enough damage), Homing Attack, Platform Creation (Is able to form glyphs that can be used as platforms), Dimensional Storage, Portal Creation, Matter Manipulation, Afterimage Creation, Telekinesis, Death Manipulation (Can inflict the deathblow status), Resistance Negation (Her attacks bypass fire, ice, air, and light resistances), Instinctive Reaction (Their body automatically block, and dodge incoming attacks without thinking), Precognition (Can see enemy attacks before they happen), Healing Negation (Lowers enemy healing magic to 50% power.), Curse Manipulation, Life Manipulation, Necromancy (Enemies they kill will raised as zombies), Resurrection (when they are killed in combat they revive as a zombie), Probability Manipulation (Can manipulate their enemies luck to push a fight in their favor), Absolute Zero (Via Cocytus), Aura (Has a close range that nullifies enemy's ability to use skills, and lowers an enemy's durability, and speed by 20%), Regeneration (Mid, Can regenerate from being shot through the head), Reactive Evolution (When a skill damages them it becomes 30% less effective afterword), Stamina Recovery (Gains 10% of their stamina back after every action, gains stamina equal to 50% of damage taken, 10% of damage dealt turns into stamina, 10% of stamina use for skills are recovered), Durability Negation (25% of normal physical damage does a set amount of damage to enemies)