VS Battles Wiki
Register
Don't have an account?
Sign In
Advertisement
in: Characters, Book Characters, Primary Protagonists,
and 38 more 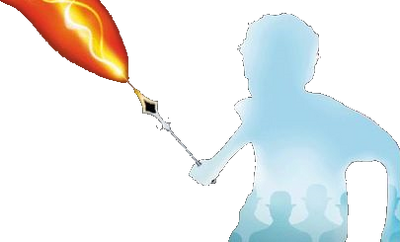 Arthur Penhaligon is the main character of the fantasy series Keys to the Kingdom by Garth Nix.

Arthur is a normal human boy destined to die of an asthma attack. However, due to his machinations of the first part of the Will of the Architect, a living length of text detailing the last Will of the original creator of the universe, he receives half of the 1st Key to the Kingdom, a magical tool granting him incredible magical power, saving his life, and becomes the Rightful Heir of the Architect.

Although reluctant due to his desire to just live a normal life, Arthur goes on to travel through the strange world of the House, the Epicentre of All Creation, reclaiming the Keys from the Morrow Days, seven rulers of Creation who have become corrupted by the seven deadly sins. Eventually, he claims all the Keys, whereupon the Will of the Architect reveals its true nature - the complete destruction of the House, and with it the rest of the universe, all as part of one grand suicide plan for the Architect, who could not die so long as the House existed. Controlled by the Will into destroying all of creation, Arthur finds himself in a void of primordial Nothing. He merges with the Keys and becomes the New Architect, recreates the multiverse, then splits off a portion of himself to return to his world and live the normal life he always wanted.

Origin: Keys to the Kingdom

Limited Acrobatics (Decent at climbing), quite intelligent, Weapon Mastery (Is a competent fighter with several different swords and guns thanks to his training as a soldier in the Great Maze), Magic (Thanks to wielding the Keys, he possesses some residual power from them in his body and can verbally direct this power to achieve several magical feats), Healing (Can heal himself and presumably others from cuts and severe broken bones, though when healing larger wounds he may accidentally heal them wrong, such as making a broken leg shorter), Extrasensory Perception (Thanks to his use of the Keys, Arthur is able to see Denizens of the House and Nithlings, which are naturally invisible to normal humans), Power Nullification (With the Mariner's assistance, he was able to negate the magical bindings holding Grim Tuesday's register in place), Light Manipulation (Can make his hand glow), can grant himself Resistance to airborne hazards (Up to and including airborne particles of Nothing via a spell), Resistance to Fate Manipulation (Gaining the Minute Hand allowed him to change his record, the physical manifestation of one's fate, and thus his destiny to die of an asthma attack. Additionally, it is stated that once Arthur obtained even a single Key, even the powers of Superior Saturday could not have changed or destroyed his record) and Air Manipulation or Magic (Broke free of Feverfew's "yellow wind" which held him in place and paralyzed him), possibly Immunity to Soul Manipulation (It is implied that souls do not exist in the verse)

All prior, Superhuman Physical Characteristics, Immortality (Types 1 and 2. Does not age, can survive lethal wounds including impalement and destruction of parts of his brain), Aura, Disease Manipulation and likely more (Beings of a certain level of magical power cause "inimical" effects to the world through their presence alone, such as passively causing the spontaneous generation of magical plagues that cannot be cured without magic), Summoning (Can summon the Keys he has claimed Mastery of to himself), Regeneration (Likely Mid-High over time, should scale to Denizens who can eventually regenerate from being reduced to just a head), Limited Time Manipulation (As a being of extreme precedence within the House, Arthur's presence manipulates the time-stream, such as slowing down the passage of time in worlds he is not within), Life Manipulation (Can transform inanimate objects into living beings), likely Void Manipulation and Creation (Heavily implied to be capable of manipulating Nothing, a substance of pure nothingness, and creating objects out of it via sheer willpower), likely some form of Durability Negation (As one with extremely high authority in the House, Arthur should scale to Part Six of the Will, who was able to knock a Denizen unconscious, something noted to not able to be achieved by physical force, but by the "authority" with which the blow was delivered), Enhanced Senses (Can see in the dark), Resistance to Mind Manipulation (Resisted Lord Sunday trying to twist his mind into giving up the Keys), Extreme Cold (Was only slightly chilly in a place where his breath instantly froze on leaving his mouth and was stated that no human could have survived in for even a moment), Poison Manipulation (Was unaffected by breathing in toxic fumes), and Pain Manipulation (Feels far less pain from injuries than normal)

All prior on an vastly increased level, likely Acausality (Type 1 and 4, survived the destruction of the entire Universe, including all of time and space superior to the denizens who are fateless), all powers of the Keys, likely Immortality (Type 8 on his human self, similar to the Architect and the Old One)

Attack Potency: Human Level (Arthur is a 12-year-old boy), At least Solar System level with Keys (Scaling to Grim Tuesday, who was able to create pocket worlds containing multiple stars and solar systems), possibly far higher (The Seven Keys together gave Arthur the power to become the New Architect, so each one may possess a much higher level of power. Additionally, each Key is stated to give the wielder power over a particular section of time across all of the Secondary Realms, e.g. the First Key holds power over all Mondays in the Secondary Realms, the Second Key holds power over all Tuesdays, etc.) | Building level (Far superior to Monday's Noon and Dusk, who crashed into the ground with enough force to shake an almost 200m wide veranda and can easily kill Nithlings which can survive exploding helicopter crashes and thousand-mile falls), at least Solar System level with Keys, possibly far higher | Multiverse level+ (Recreated the Universe, including the infinite worlds - which includes alternate universes - of the Secondary Realms and their space-time)

Lifting Strength: Likely Below Average Human to Average Human | Superhuman (Strong enough to easily lift people of comparable body weight to himself with only one hand) | Unknown, likely Immeasurable with magic

Durability: Human Level (Arthur is a 12-year-old boy), likely up to Solar System level via Keys (Can boost his durability with the Keys, possibly to this level) | Building level (Far superior to Monday's Noon and Dusk, who crashed into the ground with enough force to shake an almost 200m wide veranda without injury, and to Nithlings, who can survive thousand-mile falls), likely up to Solar System level with Keys | Multiverse level+ (Superior to the Complete Will of the Architect, which was unable to be destroyed even by the combined powers of all Seven Keys, which are what made Arthur the New Architect in the first place)

Stamina: Below average due to asthma, though increased to above average while within the House or wielding a Key, as he is able to conduct physically strenuous activities for hours on end with minimal rest, and does not require food, water or sleep | Extremely high | Likely limitless

Standard Equipment: The Compleat Atlas of the House, a small book that records the entirety of the House and Secondary Realms. The Keys, to a degree. Over the course of the series, Arthur claims new Keys and temporarily relinquishes others several times. Battles involving Arthur should specify which Keys he is currently the master of. As the New Architect, Arthur does not wield the Keys.

Weaknesses: If he is not holding a Key or within the House, he is at risk of severe life-threatening asthma attacks after even short periods of exertion. Arthur is extremely reluctant to use the magical powers of the Keys, as they will steadily make him less human and cause him to bring calamities to Earth if he returns there | None notable | None notable

Note: Keys are generally capable of similar abilities to each other. As such, unless an ability is specifically stated to be unique to the Key, such as Lady Friday's teleporting mirror, powers shown by one Key should be usable by others.