VS Battles Wiki
Register
Don't have an account?
Sign In
in: Air Users, Armored Characters, Astral Projection Users,
and 70 more 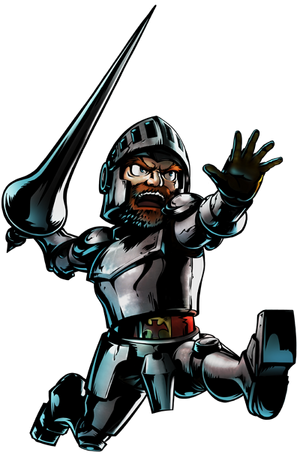 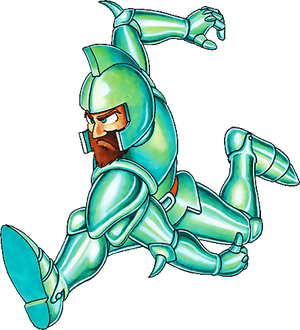 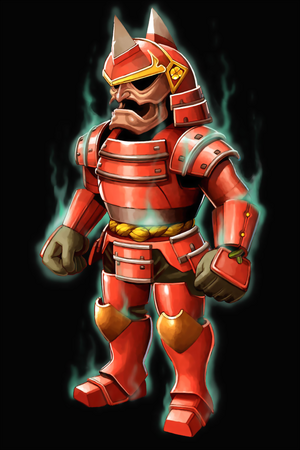 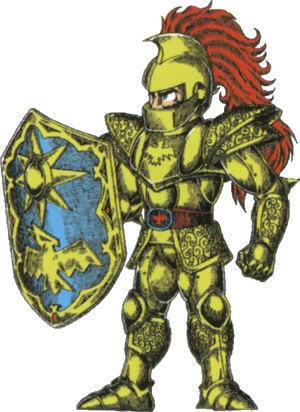 Sir Arthur is the main protagonist of the Ghosts 'n Goblins franchise created by Capcom in 1985. He is a valiant knight faced with fending off legions of the undead and various other supernatural creatures. Arthur has bravely and valiantly faced powerful demon lords, such as Astaroth, Lucifer and Sardius, and lived to tell about it. Ultimately, he is the protector and rescuer of his beloved princess Prin-Prin.

Tier: High 6-A, likely higher with his strongest armors and the Goddess' Bracelet

Double Jump (Via Leap Boot in Ultimate Ghosts 'n Goblins), Cloth Manipulation (Can equip the Angelic Armor via Angel Feather), Damage Reduction (Can halve the damage he takes via Knight Soul), Statistics Amplification (Can upgrade his weaponry to increase the area of effect and double his damage output via Blue/Red Power-Ups. Can slightly increase his agility via Steed Soul), Teleportation (Via Warp Staff), Energy Manipulation/Projection (Via Psycho Cannon), Fire Manipulation (Via Goddess' Bracelet)

Intangibility, Immortality (Type 7), Flight (By themselves. Kerry can also pick up Arthur and carry him around, pick up items and bring them to him), Energy Projection (Can shoot energy projectiles to attack enemies), Forcefield Creation (Barry can summon a magic barrier around Arthur, allowing him to damage any enemies who touch it), Platform Creation (Archie can create a magic platform for Arthur to traverse, which deals damage to any enemies that touch it)

Attack Potency: Multi-Continent level (Defeated demon kings such as Astaroth, Lucifer and Hades in both his base and strongest form), likely higher with his strongest armors and Goddess' Bracelet (His armors increase his strength. The Goddess' Bracelet was the only weapon that could defeat Sardius, who is stronger than Astaroth)

Speed: Sub-Relativistic (Can keep up with Astaroth and Red Arremers. Dodged laser beams from Astaroth, Lucifer and Nebiroth)

Lifting Strength: Superhuman (Can throw a spiked ball around the size of himself, which bowls over multiple enemies)

Stamina: Very high (Can go on adventures battling hordes of demons and evil monsters while traversing many landscapes without fatigue, even twice in each of his journeys)

Intelligence: Above Average (Is a great swordsman and can use many different weapons with ease. Can easily find out enemies' weaknesses such as Astaroth's lower face in his abdomen and Hades/Shielder's heads. Stated to have prepared for Lucifer's invasion by improving his weapons by infusing magic power into them)

Weaknesses: His armor can be destroyed with enough damage (up to four hits in game mechanics), leaving him in his underwear.