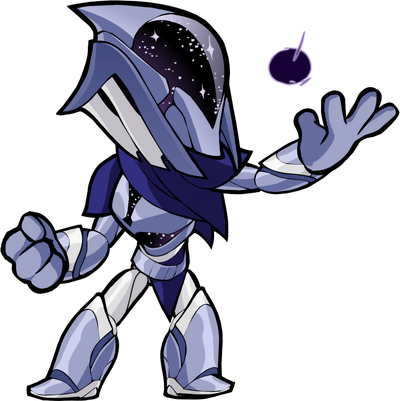 Born Mary Washington in West Plaza New York, she was a voracious reader with a love for strawberry ice cream. While Mary had a relatively normal childhood, her parents sometimes wondered why she would stare silently into the night sky for hours or read stories of the goddess Artemis killing the hunter Orion over and over again.

Mary was too eager to confront her opponent. At the first sign of her powers manifesting, she opened a wormhole intending to stride into Valhalla. Instead, she emerged in the vacuum of space. Struggling for survival, she fought to maintain a cocoon of atmosphere siphoned from nearby worlds. In desperation she ripped the core from a nearby star to forge her armor, extinguishing her first solar system. From there she traversed the dangers of the universe, careening through the Tri-Nova, ending Starchampion's fleet, and imploding the Leviathan of Eons, to name a few. Once ready, the completed Artemis arrived in Asgard.

Age: Unknown (Was born as a result of Orion arriving in Valhalla)

Powers and Abilities: Superhuman Physical Characteristics, Flight, Weapon Mastery (Via her rocket lance and scythe), Expert Hand-to-Hand Combatant, Energy Manipulation, Energy Projection, Darkness Manipulation, Portal Creation (Can open wormholes), Absorption and Air Manipulation (Siphoned atmosphere from nearby planets), Resistance to Cold Temperatures, Radiation Manipulation and Heat Manipulation, Self-Sustenance (Type 1, after forging her armour from the core of an active star, she was able to survive in space), Immortality (Types 1 and 7)

Attack Potency: At least Large Star level (Ripped the core from a star to forge her armor, which would take this much energy, extinguishing a solar system, and this was despite the fact she was dying from the vacuum of space and that her powers were just starting to manifest. Has more attack points than Lord Vraxx who can vaporise planets, which would require this much energy, meaning she should scale above this feat)

Speed: FTL (Traversed the universe, blitzed and destroyed an entire space fleet in one second. Artemis is capable of tagging Val who has faster than light cognition via statements. She also ripped the core out of a star at relavistic speeds when her powers were first starting to manifest)

Striking Strength: At least Large Star Class (Can harm characters who can take numerous hits from Lord Vraxx, and damage opponents comparable to herself with physical strikes)

Durability: At least Large Star level (Can take attacks from characters who are comparable in strength to her)

Range: Extended melee range with weapons, Planetary otherwise (Siphoned atmosphere from nearby planets, created a wormhole into outer space), possibly Low Multiversal with wormholes (Implied to have created a wormhole to Valhalla, which is part of one of the nine realms)

Intelligence: High (Forged her armor and trains with Nix to improve her skills with her scythe. Artemis is capable of fighting on par with characters such as Gnash or Ember, both of whom have over thousands of years worth of experience)

Weaknesses: Without her armour, she struggles to breath in space.