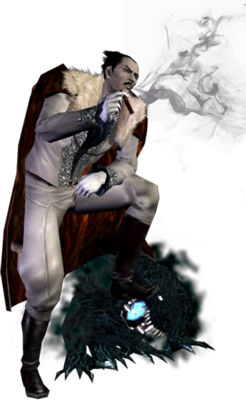 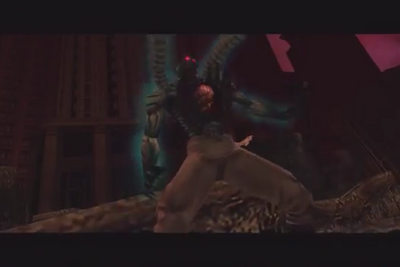 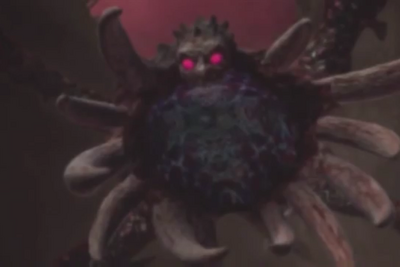 Arius is a wealthy, insane businessman who serves as the primary antagonist of Devil May Cry 2. Although he is the president of an international public corporation known as "Uroboros", he focuses his research into the black arts as a modern-day sorcerer, in an effort to raise the demon known as Argosax from the Demon World and use its power to become "an all-powerful immortal". He came to Dumary Island in search of the legendary Arcana, the four mystical artifacts which would allow him to unseal Argosax.

Immortality (Type 1), Self-Sustenance (Type 2), Likely Possession (Scales from the weaker demons, who have all shown multiple times to be able to possess inanimate and living things), Regeneration (Low), Lightning Manipulation, Energy Manipulation, Can cause shockwaves

Resistant to the Following: Reality Warping, Transmutation, Size Manipulation, Petrification (Demons are stated to be resistant to the Beastheads assimilation process, which includes those abilities), Soul Manipulation (Scales from other demons, who can handle going through the crust of the demon world, which is stated to turn souls into monsters), and Corruption (Type 3. Can breathe on demonic air, which turns normal people into monsters), Madness Manipulation (Type 3, scales to other demons, who can stay on the Demon World, which causes despair and insanity), Disease Manipulation (Approaching the Demon World, being inside or near a Demon World nexus causes "unearthly illness" which makes it difficult to concentrate and causes intense nausea and dizziness, should scale to other demons while) and Fear Manipulation (Can casually fight against demons, and their presence can cause fear)

Same abilities as before, plus Acid Manipulation, Fear Manipulation and Empowerment (The mere presence of demons causes fear, can also feed off despair and get stronger from it)

Standard Equipment: His revolver | His tentacles | None

Intelligence: Above Average | Unknown (Lower than before) | Animalistic.