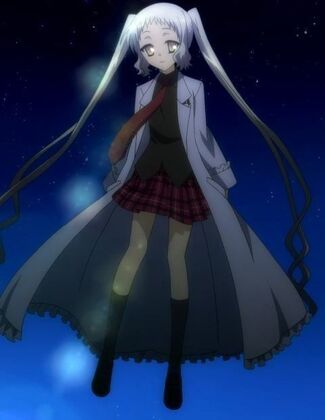 Ariel, called Dai-sensei by Haruna and Ayumu Aikawa, is a supporting character in KoreZombie. She's an inhabitant of the magical land of Virie, and one of the strongest masou shoujo. She works as the only teacher at Matellis Academy, and has taught hundreds of millions of students to varying degrees, like Haruna and Kyoko; due to their sheer number, she was unable to realize Kyoko had been mind controlled by King of the Night. Over a century ago, she orchestrated a coup d'état against the Queen of Virie, Lilia Lilith, alongside her teacher Chris and friend Akuma Danshaku. When the coup failed, Ariel used Chris as a scapegoat and framed her as the ringleader; as a result, Chris received Lilia's strongest curse, while Ariel escaped punishment by making herself seems like an innocent bystander. She still plans to overthrown Lilia to this day.

Tier: At least 9-A casually, far higher. Unknown when serious

Stamina: Outclasses Haruna and Kyoko in every aspect. Casually fought hordes of Megalo, battled King of the Night, and can trade blows with Chris

Intelligence: Calm, wise, collected and calculative. Despite resulting in a failure, orchestrated a coup d'état against the Queen that nearly succeeded, and then manipulated the situation so she wouldn't be cursed by her as punishment. Is considered among the strongest masou shoujo with extensive battle experience; she's feared by residents of the Underworld