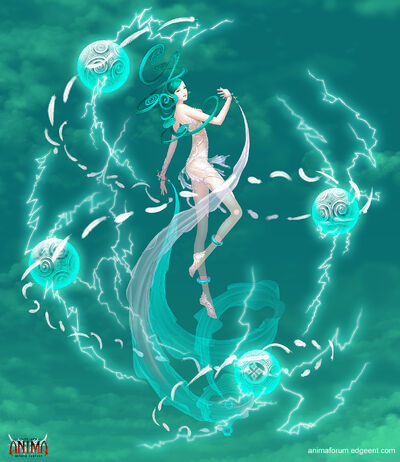 Speed: At least Supersonic+ (Just slightly slower than Omega). At most Massively Hypersonic reflexes (Attack with lightning, should be capable to react to attacks from other Arias Vayu. Has elevated possibilities to pass a check against dodging lightning)

Durability: Likely City level (Defense ability is not much below Zhoul Orgus's attack ability. This is also the durability for the Elemental Crystals). At least Mountain level with Wind Crystal

Range: Up to 25 km with Air Manipulation and magic