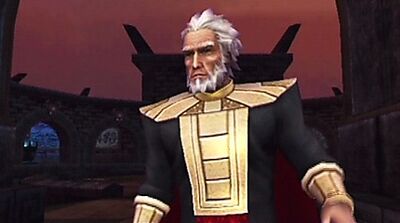 Argus is one of the gods and the divine Protector of Edenia, tasked to defend it from all threats of outside forces. He is also the father of Taven, Daegon and Rain.

Attack Potency: City level (Via power-scaling to his sons) | Small Country level (Has a similar rank as the Protector of Earthrealm who are at this level of power and was going to kill every combatant in Armageddon till Delia convinced him otherwise)

Intelligence: Gifted (Likely as knowledgeable as Raiden about the workings of the MK-verse)

Weaknesses: Can't participate in Mortal Kombat without downgrading his powers.

Argus concept 2
Add a photo to this gallery

Retrieved from "https://vsbattles.fandom.com/wiki/Argus?oldid=5398999"
Community content is available under CC-BY-SA unless otherwise noted.