VS Battles Wiki
Register
Don't have an account?
Sign In
Advertisement
in: Tier 7, Tier 7-B, Characters,
and 36 more 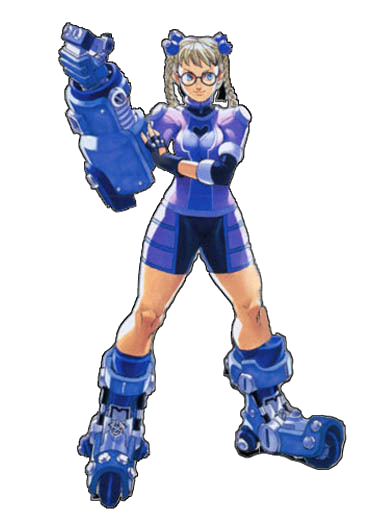 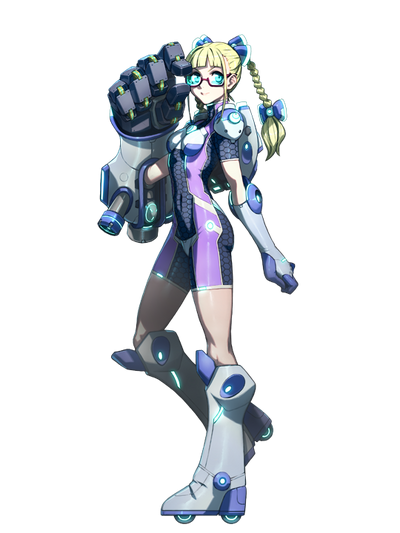 Area (エリア Eria) is a genius teenager, daughter of a scientific inventor, whose inventions she has modified into weapons for her own use.

Age: Unknown, in her teens

Powers and Abilities: Superhuman Physical Characteristics, Martial Arts, Acrobatics, Technology Manipulation, Gauntlet Mastery, Genius Intelligence (Invents and tinkers with ingenious devices that are "10 years ahead of the rest of the world"), Weapon Creation/Homing Attack/Electricity Manipulation (Can generate a homing missile out of Cancer that leaves the enemy electrocuted upon contact), Energy Manipulation/Projection, Pseudo/Flight (Can stay in the air for several sections before succumbing to gravity. Can also use technology to achieve flight), Light Manipulation (Cancer can generate holograms), Data Manipulation (Can create a giant drill out of pure data), Fire Manipulation (Her gauntlet can detach and leave behind a trail of fire), Information Analysis (Cancer can collect data on various fighting styles), Attack Reflection (Can reflect and absorb projectiles with Emulator), Limited Self-Size Manipulation (Can increase the size of her gauntlet), Explosion Manipulation/Self-Destruction (With the original Final Cancer move, which allows her to make Cancer explode), Invisibility (With the Ghost Gougi, turning her invisible after avoiding enemy attacks for over 6 seconds), Damage Boost (With M. Power, Critical and Power Reversal Gougi), Soul Manipulation, Absorption (With Soul Drain Gougi, which can drain energy from the soul as well as the enemy's health), Teleportation (With Teleport Gougi), Invulnerability (With the Hades Gougi, which grants Super Armor), Illusion Creation (With Illusion Gougi), Self-Sustenance (Type 1), Resistance to Extreme Cold and Cosmic Radiation, Corruption and Morality Manipulation (Able to use Gougi without falling to Garuda's influence)

Speed: Massively Hypersonic+ (Can keep up with Pullum)

Lifting Strength: Likely Class 5 (Can throw the likes of Zangief into the air)

Durability: At least City level (Could withstand blows from Pullum)

Intelligence: Extraordinary Genius (Vastly superior to her father, who created the Cancer set, in terms of intelligence and constantly tinkers and upgrades with her armor to improve it. Learned how to create weaponry out of pure data and artificial intelligence that can think on it's own)

Weaknesses: Underestimates her opponents, considering those who don't use technology leagues below her. Once she's used the original Final Cancer move, she cannot use Cancer for the rest of the fight, leaving her significantly less powerful.