VS Battles Wiki
Register
Don't have an account?
Sign In
Advertisement
in: Tier 9, Tier 9-A, Tier 7,
and 72 more 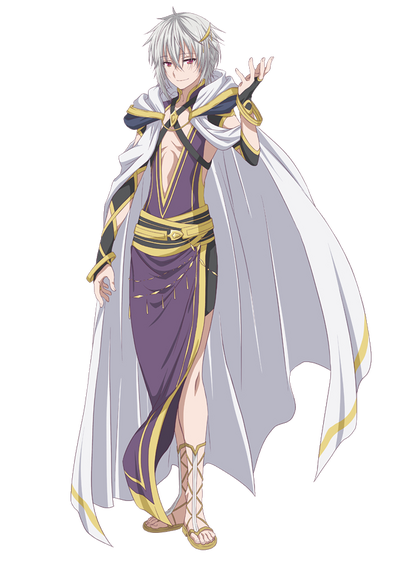 Ard Meteor is the protagonist of The Greatest Demon Lord Is Reborn as a Typical Nobody. He is formerly the Demon Lord Varvatos who defeated the Evil Gods and united the world. He choose to reincarnate due to the loneliness brought about by his overwhelming power.

Origin: The Greatest Demon Lord Is Reborn as a Typical Nobody

Superhuman Physical Characteristics, Magic, Genius Intelligence, Extrasensory Perception (Can use probing spells to find his targets.[1] Can sense magic[2]), Power Nullification, Information Analysis (Magic is his specialty, if its constructed with rune language, he can analyze it in 3 seconds, if its made with some other method, it takes him 10 seconds. By doing this he can make a spell to cancel out what he has analyzed), Explosion Manipulation (Can cause explosion[3]), Teleportation (Can teleport), Transformation, Fire Manipulation (Can use fire spells incinerate his targets[1]), Power Bestowal (Can give attributes to weapons), Water Manipulation, Illusion Creation (Can create illusions[2]), Electricity Manipulation (Can control electricity[4]), Light Manipulation (Can control light[4]), Flight (Can fly[2]), Mind Manipulation (Can brainwash others[4]), Statistics Amplification (Can amp himself[5]), Weapon Mastery (Trained Ireena in swordsmanship, making her as skilled as experts), Resurrection (Can resurrect others[6]), Healing (Can heal others[6]), Attack Reflection (Can reflect attacks back at his targets[7]), Regeneration (Low-Mid; Can heal from his innards being cooked[4]), Matter Manipulation (Can control molecules to convert one thing to another[8]. Reconstructed dried sweet potatoes using the remnants of the original potato which was burnt[9]), Forcefield Creation (Can create barriers[6]), Air Manipulation (Can control wind), Aura (His aura cause others to feel fear[10]), Ice Manipulation, Darkness Manipulation, Metal Manipulation (Can use ice, dark, and steel magic[10]), Summoning (Can summon others[11]), Clairvoyance (Using mirrors he can see what others far away are doing[12]), Earth Manipulation (Can use earth magic[13]), Existence Erasure (Can erase people from existence[13]), Memory Manipulation (Can erase memories[14]), Sound Manipulation (Can amplify sound by several thousand times[15]), Power Modification (Altered an anti-magic technique to negate all magic except his[16]), Conceptual Manipulation (Type 2; As part of his Original technique, he can analyze and control spells. In theory, his abilities can analyze and control all concepts, however specialized skills house so much information, it has the potential to overwhelm his brain[17]), Instinctive Reaction (Can instinctively cast spells,[18] and reflexively move[19]), Immortality (Type 8; Has an almost infinite number of astral bodies, thus can't die unless all are destroyed at the same time[19]), BFR (Can warp people to other locations such as the middle of the ocean[20]), Cloth Manipulation (Can create clothes[21]), Law Manipulation (Analyzed and controlled an Eigen Space, becoming its god and dictating its rules[19]), Time Manipulation (Can create an Eigen Space within which time is fixed, and thus every time anyone in it is injured, they will return back to perfect health[22]. The Mirror Shield is capable of returning anything it reflects back to its true form, and thus can be used to regain lost things such as magic[23]), Duplication (The Divine Chains wrap around their target, and multiply[24]), Empowerment (His feelings allow him to transcend the limits of his body[25]), Telepathy (Can read all the information in a person's astral body, such as their memories[26]), Danmaku (Simultaneously casted 84 spells of elemental magic, at the exact same time[27]), Non-Physical Interaction (Can harm thoughtforms, such as the Old Gods[9]), Information Manipulation (Alchemy is a conversion of information, using this Ard can make bodies out of stone wall, rewrite causal data, and convert others into astral spirits of humans[9]), Enhanced Existence Erasure with The Supreme Sword of Destruction (Capable of cleaving anything in two and erasing its existence[23]. Before possessing this item, Ard was unable to kill Mephisto despite already having existence erasure, and was forced to seal him, now with this item Mephisto was finally killed), Unconventional Resistance to Soul Manipulation (Has an almost infinite number of astral bodies[19], thus he can counteract attacks to his astral spirit using his other unaffected astral spirits[9]), Resistance to Paralysis Inducement (Resisted an aura which caused everyone it touched to be paralyzed[28]), Law Manipulation (His Analysis and Control can't be negated even with an Eigen Space, which the creator uses to dictate the rules of what happens within it[19]), Curse Manipulation (Can resist curses[29]), and Sleep Manipulation (Can resist being forced unconscious by Avia[30])

Same as before plus Precognition (Can predict his targets future attacks[10]), Power Mimicry (Can analyze his enemy’s moves, and copy them making them his[10]), Absorption (Can absorb magic), Soul Manipulation (Can destroy a person's astral body[17])

Same as before plus Black Hole Creation (Can create black spots that have powerful suction that vacuums his targets into the spots[29]), Longevity (Lived close to a thousand years), Body Control (Can change his eye color[12]), Plant Manipulation (With every one of his steps, flowers bloom[13]), Sealing (Can seal others[31]), Gravity Manipulation (Can crush people with gravity[31]), Purification, and Social Influencing (His mere presence purifies all impurities in the air. Lowlifes immediately vow to change their ways upon seeing his countenance. Young or old, male or female, all are enchanted by him[32])

Attack Potency: Small Building level (Comparable to Sylphy Marheaven. Can vaporize a person with Giga Flare, which requires this much energy. Can roast hundreds of people with Mega Flare), Large Town level+ with Flash of Babel (Made a ginourmous hole in the clouds), City level with High level spells (Can create the same destructive energy that fueled Sylphy’s attack[33] which can destroy a city) | City level (Any one of his attacks can destroy a city. Blocked attacks and is comparable to Verda who can pulverize mountains,[13] which is 30 Megatons according to this), Large Island level+ with Ultimatum Zero (Shook the entire world along with Velda's Violent Boom, which requires this much energy) | At least City level, likely Large Island level+ (Even before Varvatos soul became one with Lydia, thus gaining access to transformations, Ard stated he had no chance of winning against Varvatos despite having Ultimatum Zero. It would take both Ard and Rouge who are comparable in strength and have the same abilities, joining forces to possibly equal Varvatos. Ard's third form is a transformation where he becomes what he was before reincarnating, in other words he becomes Varvatos)

Stamina: Superhuman (Has no problem continuing to fight despite his insides being cooked[4]. Fought with Lydia for hours[34], and can go for three days with no water, food, or sleep[35])

Intelligence: Extraordinary Genius (Ard is a genius at magic, when given an exam which is infamous for having the most challenging questions worldwide, he scored a zero but his answers when far beyond the correct answers. They would rock the entire world if presented to academic circles with the potential to alter history. Even the principal of the school wouldn't be capable of achieving what Ard can in hundreds of years.[1] Created the system of magic which uses the language of runes to unleash spells. Has mastered all magical subjects and can create clones.[11] Locke stole his ideas to become known as the Father of Convenience and a great inventor.[13] Created a spell that let him reincarnate 3000 years into the future.[1] His 2nd form boosts his processing capacity by 10x[17])

Weaknesses: Specialized skills house so much information, it has the potential to overwhelm his brain, however this can be offset by his transformations.