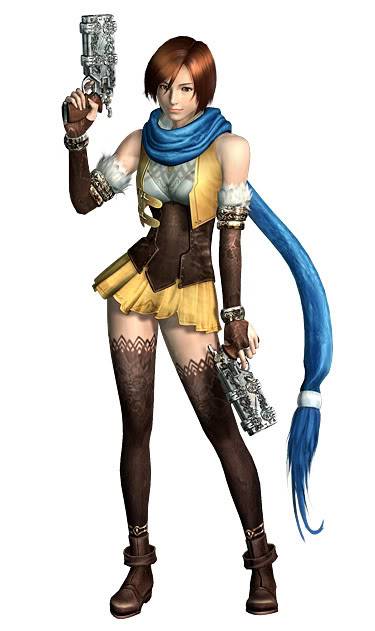 Arcia Rinslet is apart of the Madiens of Silver, a group of females that work for the Order of St. Overia. After being dispatced to destroy a group of demons, her entire team was slaughtered and only she remained thanks to being saved by Sieg Wahrheit. She has a strong hatred towards Victor Delacroix because he murdered her brother and throughout the story she attempts to take revenge but soon realises revenge wont bring her brother or family back and tries to talk Victor out of his plans, however this leads to him using his telekinesis to control her and make her shoot herself in the head but at the last second, Victor lets up which allows her to move the gun in time. During the end of the game, She and Sieg become partners.

Classification: Madien of Silver, Member of the Order of St. Overia

Attack Potency: At least Large Star level (Her guns can harm Victor Delacroix and she can physically fight demons that are able to fight Sieg Wahrheit's Chaos Legion)

Stamina: Superhuman (Can fight hordes of demons without breaking a sweat)

Intelligence: Above Avarage (Skilled Marksmen and trained to fight demons)