VS Battles Wiki
Register
Don't have an account?
Sign In
in: Digimon, Namco-Bandai, Game Characters,
and 34 more 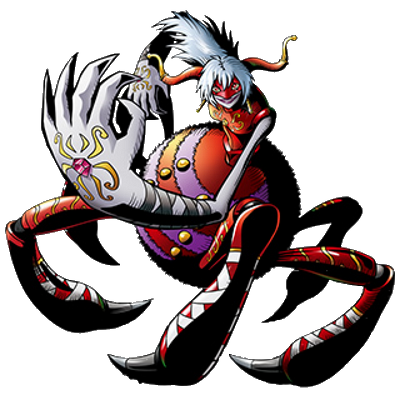 Archnemon is a Demon Beast Digimon which has the appearance of the "Queen of Spiders" of Greek mythology. As the queen who presides over all Dokugumon, it is a highly intelligent and extremely cunning Digimon. It is skilled at transforming into a human-like appearance, getting the opponent to let down their guard so that it can approach and completely devour them. Also, because of its extremely short temper and ferocious personality, many Digimon are afraid of it. 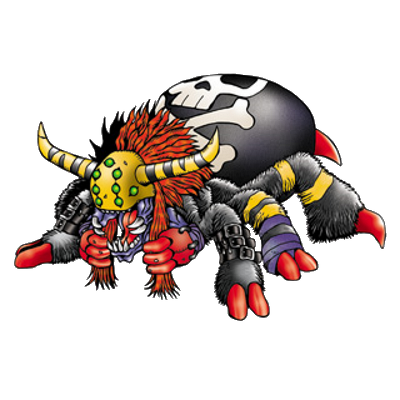 A cursed Digimon in the shape of a spider, whose entire body has been parasitised by a computer virus. While it was originally a spider-type, it had a docile personality typical of insect-type Digimon; however, at some point, it was drawn into a powerful electromagnetic storm and infected by a computer virus that had been circulating around the Network. Since then, it has become but a lump of poison, or in other words a computer virus, that corrodes anything it touches. Not only that, special mention has to be given to its great movement speed, made possible thanks to its eight legs. No matter how desperately one tries to get away, Dokugumon will never be far behind, and it will not stop its chase until the opponent ceases to continue running out of exhaustion.

Gender: Genderless, but treated as Female

Stamina: Extremely High (Can constantly chase foes for long periods of time until they get tired and still have enough energy to fight)