VS Battles Wiki
Register
Don't have an account?
Sign In
Advertisement
in: Tier 9, Tier 9-C, Tier 9-B,
and 27 more 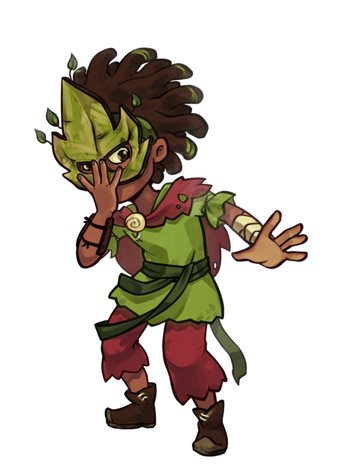 The Archer is the playable character in the party game, Towerfall. Towerfall is centered around archery, and thus this is all there is to the character. There's no lore to the game, so they have no backstory, rather just simple bow and arrow combat.

Age: Unknown, varies (Some archers are guards of the king, others appear to be teenage thieves)

Classification: Varies. While most archers are human, some can be vessels for greater forces or even zombies.

Attack Potency: Street level (Capable of literally stomping on enemies like the Cultists, which can one-shot them), Wall level+ with Super Bomb Arrows (Super Bomb Arrows can create explosions of this magnitude)

Speed: FTL (They can catch Laser Arrows midair. They scale to the Ghosts, which can dodge Laser Arrows, and also the Cultists, who can deflect them with their weapons), higher with Speed Boots

Striking Strength: Street level (They can physically stomp Cultists, which are capable of one-shotting them)

Stamina: Likely Infinite (Never seem to be dragged down when using their abilities)

Range: Several meters, with Orbs, Hundreds of meters with Arrows

Intelligence: The archer(s) are skilled in archery naturally, able to fire an arrow mid-air that crosses the screen to tactically execute the enemy. They can also pick up previously fired arrows and pluck them from the corpses of killed enemies, being quick on their feet to get back into combat. Similarly, they can catch arrows midair, and kill tens of supernatural forces in foreign terrains, including gods of nature and an "impossible horror at the center of creation."

Weaknesses: The Prism Arrows' effects only last a short time (sealing-wise, BFR is fine) They have to charge their corpse for a second to detonate it with Trigger Corpses. Return as Ghosts doesn't let them re-manifest a physical form, it just lets them manifest a ghostly form.