VS Battles Wiki
Register
Don't have an account?
Sign In
Advertisement
in: Tier 6, Tier 6-C, Tier Low 6-B,
and 36 more 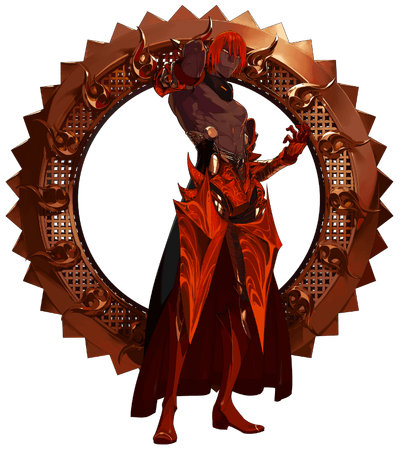 Archer is a Archer-class Servant able to be summoned by Ritsuka Fujimaru in the Grand Orders of Fate/Grand Order, first appearing in the fourth Lostbelt as an enemy Servant, Yuga Kshetra.

Lancer's True Name is Aśvatthāma, one of the major characters in the Indian epic Mahabharata and one of the avatars of Shiva. He lined up with Karna at the Mahabharata, and was called the strongest Brahmin warrior. In the great war sung in the epic, he like his father, stuck to Duryodhana’s side, and unfolded a lurid conflict with the five Pandava brothers together with Karna. After all the influential men of his own army, including Karna, died, he broke his pledge as a warrior maddened with rage, and carried out a night assault. It is said he massacred thousands of people.

Powers and Abilities: Superhuman Physical Characteristics, Expert Hand-to-hand Combatant, Weapon Mastery, Transformation (Capable of transforming to his combat mode, deploying extra armor to his body), Limited Size Manipulation (Capable of increasing size of his Chakram), Fire Manipulation, Explosion Manipulation (With his Noble Phantasm), Limited Transmutation and Weapon Creation (Capable of creating spikes from his weapon, which then he can fire by kicking it), Rage Power, Fusionism (Capable of fusing with other servants he is compatible with, though this takes extremely long amount of training and thus it is not combat applicable), Time Manipulation and BFR (Has minor part of Shiva's Authority, giving him ability to interfere with time and send other people to different points in time), Possible Time Travel (Can possibly time travel with his method of temporal banishment), Regeneration (Mid-High; Able to regenerate completely fine even when he's turned to fine dust), Immortality (Type 1, 2 and 3; After seemingly erased by Arjuna Alter and sent to the void, he was still able to interact with Karna and fight him countless times), Berserk Mode (Became berserk and killed large amount of people out of rage when he lived and can become more berserk than berserker by combining his skills), Flight, Limited Power Nullification, Servant Physiology, Resistance to Curse Manipulation, Pain Manipulation and Disease Manipulation (Despite being cursed to have innumerable illness and has constant pain and suffering by Lostbelt Arjuna Alter, he held on due to his sheer rage)

Attack Potency: Island level (Was able to clash with Karna consistently and easily kept up with Ganesha, Rama and Mash at once). Small Country level with Sudarshan Chakra Yamaraj (As an A+-Rank Anti-Army Noble Phantasm, it should be far superior to Gáe Bolg's Anti-Army function. As one of the few Karna's equals, it should be likely comparable to his Brahmastra)

Speed: Massively Hypersonic (Has A++ Agility and consistently kept up with Karna)

Durability: Island level (Took hits from Karna and Rama). Regeneration makes him difficult to kill, to the point that not even Vasavi Shakti can't kill him.

Stamina: Extremely High. Other Servants can fight for nearly an entire day without stopping and he can fight while suffering extreme pain and illness with his sheer willpower alone.

Intelligence: As one of the most famous heroes of the Mahabharata, Aśvatthāma is an extremely skilled and powerful warrior, stated to be extremely strong by both Arjuna and Karna, and considered they're equal. He is very fearsome combatant, capable of killing thousands of trained soliders in a single combat while going berserk. He also has a knowledge on Gods' Authority to some extent, able to utilize Shiva's Authority due to being his avatar.

Weaknesses: Due to Arjuna Alter's curse, he is suffering extreme pain and innumerable diseases, needing to stop moving for a while before getting back up again once in a while because of the pain. His rage can reach to the point that he becomes more berserk than berserkers. He cannot fight while in Spirit Form.